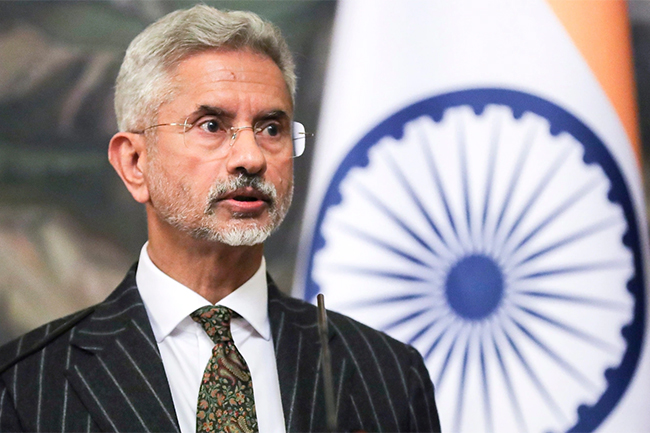 India’s External Affairs Minister S Jaishankar on Wednesday justified the government’s support to Sri Lanka, saying India would be shirking its responsibility if it did not step forward to support a crisis-hit neighbour.

The economic support that India offered to Sri Lanka during its worst post-independence economic crisis was for the entire country and not based on any communal approach, he said.

On the issue of Palestine, he said India stands for a two-state solution, with the two states living peacefully side-by-side.

MDMK member Vaiko had sought explanation from the minister for India abstaining from voting on a draft resolution of the UN Human Rights Council on Sri Lanka in Geneva.

The voting was on the UN Human Rights Council draft resolution on promoting, reconciliation, accountability and human rights in Sri Lanka.

Vaiko said lakhs and lakhs of Tamils were killed, women were raped, children were killed and the then government in Sri Lanka gave weapons and still the Indian government is providing support to Sri Lanka.

In his response, the minister said India absenting from a vote against Sri Lanka in the UN Human Rights Commission was in accordance with the long-standing position — which was also followed by previous governments — that it “is the most constructive way of addressing, advancing the interest of Tamil community in Sri Lanka.”

“That continues to be our approach,” he said.

“We have not taken the communal approach in giving support,” he said. “To have a neighbour in this kind of a serious economic situation, we would be shirking our responsibilities if we did not step forward at that moment and that is exactly what we have done.”

In response to a question from AIADMK member M Thambidurai on the status of India-Sri Lanka agreement of 1987 which was signed to protect rights of Tamils, Jaishankar said the agreement has been the basis for changes in Sri Lanka, including provincial councils.

“In our view, it is still an agreement that continues to remain the foundation of how both our relationship with Sri Lanka is conducted and how Sri Lanka itself looks at its own future. I would like to assure him that we continue to do it. It is very much on our radar. We are very, very supportive of it,” the minister said.

On the concerns of some members about India’s stand on the Palestine issue, he said New Delhi supports a two-state solution.

“We want a two-state solution with the two states living peacefully side by side,” he said.

BJD member Sujeet Kumar raised the matter of former Navy officers being in detention in Qatar for closed to 100 days on allegations of espionage.

Jaishankar said that it is a very sensitive case. “…Because their interests are foremost in our minds, I can only say we have been seized of the matter. Our ambassador, senior officials have been in continuous touch with the Qatari Government on this. Our effort is obviously to ensure that they are not treated unfairly and that the sooner we can bring them back…so I can I assure you that they are very much, very, very strongly in our priorities in respect of Qatar,” the minister said.

CPI(M) member A A Rahim raised the issue of detention of 16 Indian sailors in Nigeria.

Jaishankar said the government has been in touch with the crew since August.

Minister of Mass Media to engage with the Public via Parliament...