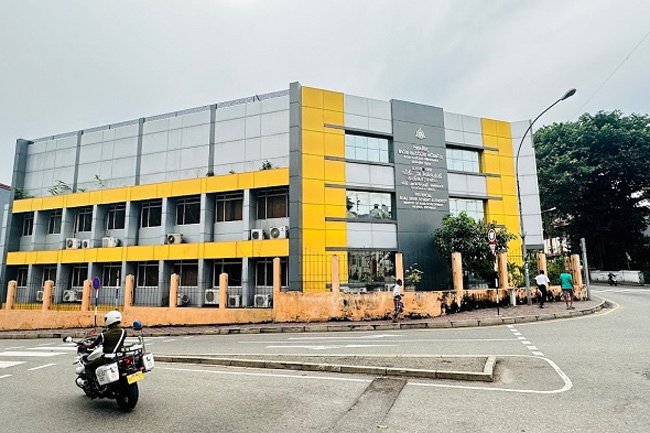 Committee on Public Accounts (COPA), chaired by MP Kabir Hashim, disclosed that there are 556 employees working under the daily wage basis and under contract basis as at December 31st 2021, exceeding the number of employees of the approved staff of the Western Provincial Road Development Authority.

This was disclosed at the Committee on Public Accounts chaired by MP Prof. Charitha Herath, which met on Dec. 05 to examine the Auditor General’s reports and current performance of the Western Provincial Road Development Authority for the years 2018, 2019 and 2020.

The officials present here pointed out that these employees are essential employees. It is said that several attempts were made to recruit these employees on a permanent basis and it could not be done due to several factors including changes in policies due to the change of government.

These employees were recruited on the basis of projects and were paid from the profits of those projects.

Prof. Herath and the members present said that although there were a large number of projects in the past period, road development projects have been reduced due to several factors including the current dollar crisis.

Therefore, if all these employees are hired on a permanent basis, they will have to pay their salaries from the treasury money. Accordingly, the members present pointed out that it is necessary to look into the confirmation of only the employees required and if there are excess of labour, they should be compensated for and considered for removal.

Prof. Herath recommended that a report be given to COPA within 3 months setting out the priority list of the number of employees according to requirement as there are only a few projects at the moment.

It was also discussed that two concrete placing machines and a curb machine worth 6 million which were purchased at a cost of 158 million rupees in the year 2012 were still in idle.  It was disclosed that the two concrete placing machines were used for only 420 hours from 2012 to November 2022 and the curb machine remained idle from 2012 until now.

Thus, the officials who were present pointed out that around 2011, road concreting was done on a large scale and because of this, these machines were purchased in 2012. But after the purchase of these machines, the concrete paving of the roads gradually decreased and therefore the usefulness of these machines decreased. Therefore, they stated that given the current context, one of the two machines is sufficient for them.

Furthermore, the secretary to the ministry indicated that a program is currently being carried out with the intervention of the ministry regarding the use of these machines. Therefore, it will be used in the future.

Accordingly, it was recommended to give a report to COPA committee within 3 months pertaining to the next step.

Furthermore, there was a discussion about the recruitment of two officers from October 2020 for a position called project coordination position, which is not in the approved staff of the authority, and about the vehicle rental and fuel expenses given to them. The officials pointed out that the officers are being recruited for special projects and their services will be terminated when the project is completed. Accordingly, COPA recommended to give a report on this regard within a month.

Apart from the said, the misplacement of 6 vehicles belonging to the authority which is 20 years old, a contractor obtaining asphalt on credit basis in 2012 and 2013 and recovering the amount along with several other matters were discussed at the Committee meeting held.