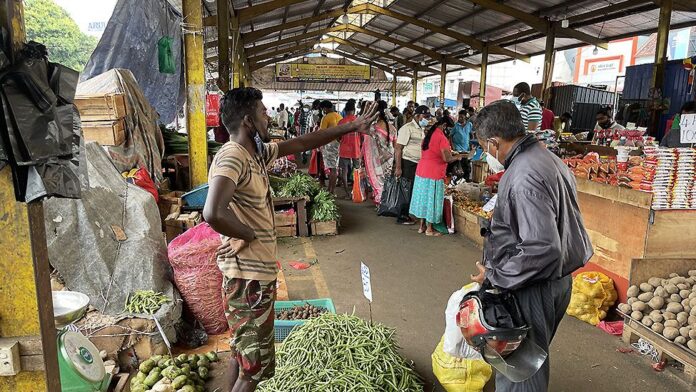 The official poverty line of a Sri Lankan citizen has been determined for October at Rs. 13,810 per month, a report issued by the Census and Statistics Department (DCS) said.

This amount considers the minimum expenditure of a lower income per person per month to fulfil their basic needs.

The HIES which is a year-long national survey is conducted by the DCS once in three years and the latest survey was conducted in 2019. HIES is the main source of data used to calculate poverty indices in Sri Lanka.
The DCS also applies an internationally recognized method “Cost of Basic Need (CBN) Approach” to calculate the Official Poverty Line (OPL) on consumption based on absolute terms.

The OPL which was established on HIES-2002 data by the DCS has been used since 2004 to measure poverty.

The OPL is an absolute poverty line which is fixed at a specific welfare level that is; a person who meets a recommended minimal nutritional intake (2030 Kcal per day) to compare over time with household food and non-food consumption and expenditure data.

But it can improve the devising of policies to alleviate poverty more preciously.

Price differences exist not only over time but also across districts.

The spatial price indices are constructed at district levels for the survey periods and reflect the district poverty lines adjusted to the national poverty line for price differences.

Teachers assigned for other schools to remain until March 24, 2023