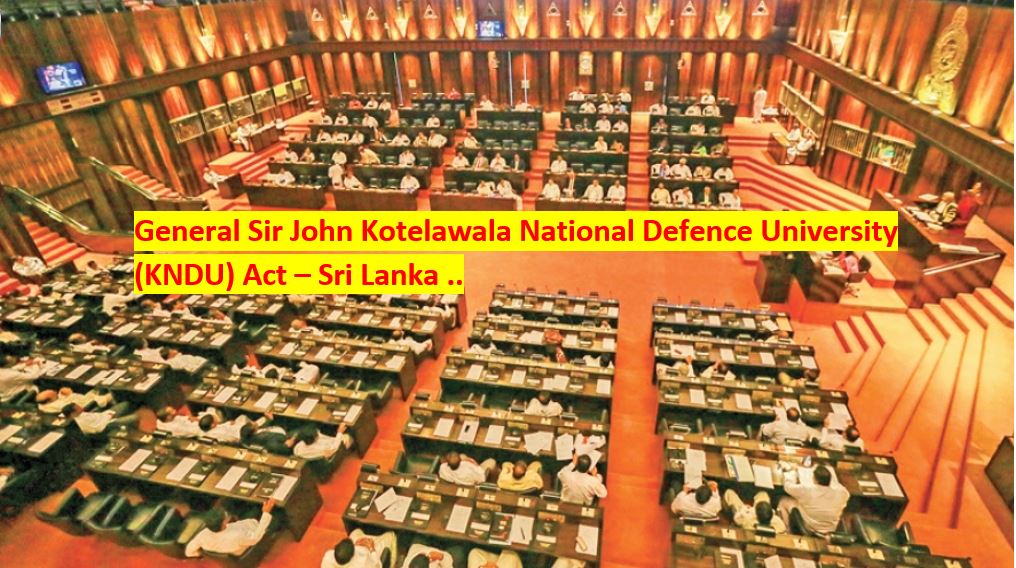 President Gotabaya Rajapaksa says the current obstructions in the University Act will be removed and the Kotelawala Defence University will be brought under the UGC purview, President Media Division.

Students and several trade unions are demanding government to withdraw the proposed KDU bill. Political parties, civil society, lecturers, students, trade unions and other groups in Sri Lanka have called on the government to withdraw the proposed Kotelawala University Bill which they fear could pave the way for privatisation of the higher education sector and militarisation of universities.

Sri Lanka has 17 state universities, but only about 40,000 students are admitted annually out of the 360,000 who sit the university entrance (A-level) examination every year. The limited capacity of the universities means most students miss out on the opportunity for higher education. About 12,000 Sri Lankan students go to foreign countries annually seeking higher education and US$400 million of foreign exchange is also drained from the country.

Though past governments promised to expand higher education opportunities and modernise the entire education system to international standards, the authorities are still struggling to implement them due to government policy changes and strong student resistance to education privatisation.

Central Bank devalued the rupee against the US dollar to Rs...