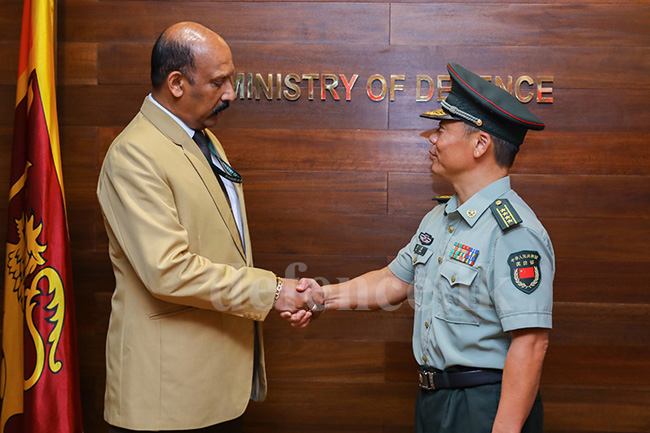 The Chinese Embassy in Sri Lanka has donated Rs. 5 million to the Defence Ministry towards the development of the National Cadet Corps (NCC).

The donation has been presented by the Defence Attaché of the Chinese Embassy in Colombo, Senior Colonel Wan Dong to Defence Secretary Gen. Kamal Gunaratne at the Defence Ministry on Wednesday (Dec 21).

The donation was facilitated by the Chinese Embassy in response to a request made by the State Minister of Defence Premitha Bandara Tennakoon and Defence Secretary Gen. Kamal Gunaratne, the Ministry of Defence said.

The Defence Ministry has also mentioned that the donation was made with the intention to augment the development of training of the NCC in order to produce a well-disciplined youth and future leaders to the country.

About 75% of the total population vaccinated with at least 1...

Uma Oya project to be completed by April 2023