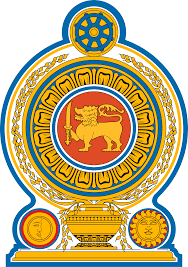 On President Ranil Wickremesinghe’s instructions to the Cabinet of Ministers, 5% of the estimated expenditure allocated under the proposals of the 2023 Budget to all ministries will be curtailed.

This was announced by Cabinet Spokesman Bandula Gunawardena this a short while ago at the Cabinet briefing held in Colombo.

Reasoning that the Treasury is currently facing a severe depletion of funds, worse than what was anticipated, Gunawardena explained that the potential income that may be earned through taxes within the first few months of 2023 has greatly reduced owing to the grave economic crisis that Sri Lanka saw in 2022.

“Despite there being a significant decrease in government revenue for the months of January, February and March, there are still essential payments that need to be made. However the Treasury does not have sufficient funds to maintain these day-to-day expenses such as the salaries of government employees, pensions, and interests paid on government loans and other such welfare expenses. Thus, we will be prioritizing the main task we are faced with at the end of each month – the payment of the salaries of public servants and pensions. Owing to this financial crisis, the Cabinet was also informed to slash 5% from all proposals submitted by the ministries, allocated in the 2023 Budget,” Gunawardena explained.

Government to buy paddy from farmers at Rs 75 per kilo