A 15-member cultural delegation from Sri Lanka has been invited by the Government of Uttar Pradesh, India to participate in the grand Deepotsav celebration, which is being organized from 1-5 November, 2021 at Ayodhya, Uttar Pradesh. The delegation is led by Mr. Gnanakumar  Sithambaram and Ms. Gayathri Suveendran, members of the Sri Lanka Chapter of the Global Encyclopedia of Ramayana project, and Kalasuri Shrimati Vasugy Jegatheeswaran, an eminent Bharatha Natyam Guru at Swami Vivekananda Cultural Centre, and Natya Kala Mandhir, Colombo.

High Commissioner of India Shri Gopal Baglay, interacted with the delegation before their departure. He highlighted the significance of such cultural and spiritual interactions in further strengthening the centuries old ties between India and Sri Lanka, and conveyed best wishes for their cultural performances in India.

Ayodhya Research Institute, Department of Culture, Government of Uttar Pradesh is organizing the 15-member cultural delegation from Sri Lanka. Ayodhya is situated on the banks of holy river Saryu in the Indian state of Uttar Pradesh. It is regarded as one of the most important pilgrimage sites for Hindus as it is believed to be the birthplace of Lord Rama. A grand temple is being constructed here.

Every year, since 2017, the Government of Uttar Pradesh has been celebrating Deepotsav in Ayodhya on the eve of Diwali. This year, during the fifth edition of Deepotsav, for the first time, 500 drones will draw Ramayana scenes on Ayodhya’s skyline. Cultural troupes from different regions of India and from all over the world, including Sri Lanka, would showcase cultural performances based on Ramayana. The Government of Uttar Pradesh aims to set a record of lighting 12 lakh diyas (earthen lamps) on the eve of Diwali, falling on 3rd November. Other attractions during the Deepotsav celebrations at Ayodhya would include heritage tour, conference, book launch, Ramayana Shobhayatra (procession), photography exhibition, 3-D holographic show, projection mapping, and laser shows at the majestic ‘Ram-Ki-Paidi’ on the banks of the Saryu River.

It may be recalled that the inaugural international flight arrived at the holy city of Kushinagar from Colombo on the auspicious Vap Poya day on 20 October 2021. The delegation from Sri Lanka led by Hon’ble Namal Rajapaksa, Minister of Youth and Sports, Minister of Development Co-ordination and Monitoring and State Minister of Digital Technology and Enterprise Development comprised 4 State Ministers, senior officials and the Most Venerable Mahasangha represented by close to 100 Senior Buddhist monks from different sects and sacred temples across Sri Lanka. Such cultural and spiritual events attest to the abiding people-to-people linkages between the two countries which span across religions. 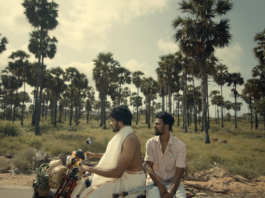 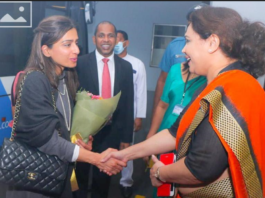