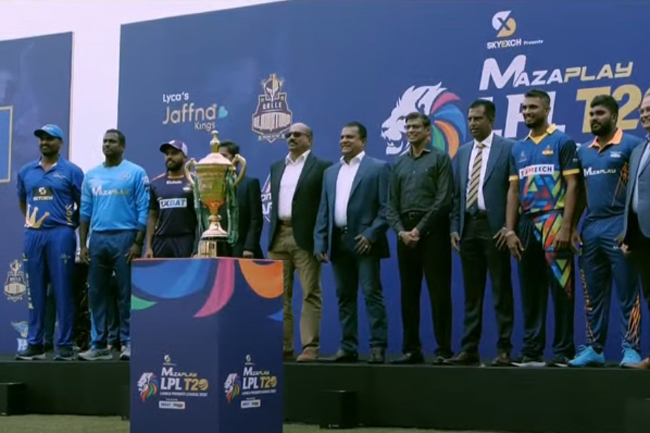 The 2022 Lanka Premiere League (LPL), Sri Lanka’s topmost domestic T20 league in which big-ticket international and local players are taking part, kicked off a short while ago (Dec 06) with a grand opening ceremony.

Two-time champions Jaffna Kings led by Thisara Perera are taking on the runners-up of the 2021 edition Galle Gladiators in the first match of the league.

Meanwhile, the Colombo Stars will be facing the Kandy Falcons later today at 07:30 p.m.

The series will continue until December 23, with matches being played at the Mahinda Rajapaksa Stadium in Hambantota, the Pallekelle Cricket Stadium in Kandy and the R. Premadasa Stadium in Colombo.

This is the third edition of the LPL Twenty20 franchise, which was initially scheduled to take place from 31 July to 21 August this year. It was postponed due to the economic crisis in Sri Lanka.

The tournament’s first round will feature 20 matches and take place entirely in Hambantota before the competition moves to Kandy and then Colombo.

Qualifier 1 and Eliminator of the upcoming season will take place on December 21, while Qualifier 2 will be played on a subsequent day as there is no break for the teams and players in the knockout round.

The final of the 20-over tournament will take place on December 23 at the R. Premadasa Stadium in Colombo.