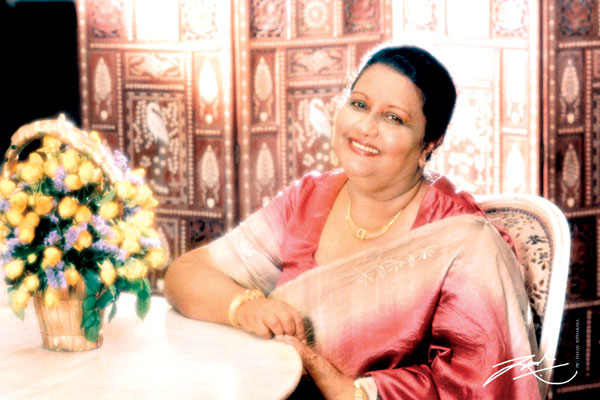 Veteran film producer Kala Keerthi Dr. Sumitra Peries passed away this morning at the age of 88 while receiving treatment at a private hospital in Colombo.

Kala Keerthi Sumitra Peries (born 24 March 1934) is the first Sri Lankan female filmmaker and is known by all as the “Poetess of Sinhala Cinema”. She also held the post of Sri Lanka’s ambassador to France, Spain and the United Nations in the late 1990s. Of her films the more popular ones are Gehenu Lamai, Ganga Addara and Yahaluvo. She was married to the most prolific Sri Lankan film director Dr. Lester James Peries.

Administering of COVID vaccines for children with co-morbidities in the 12...