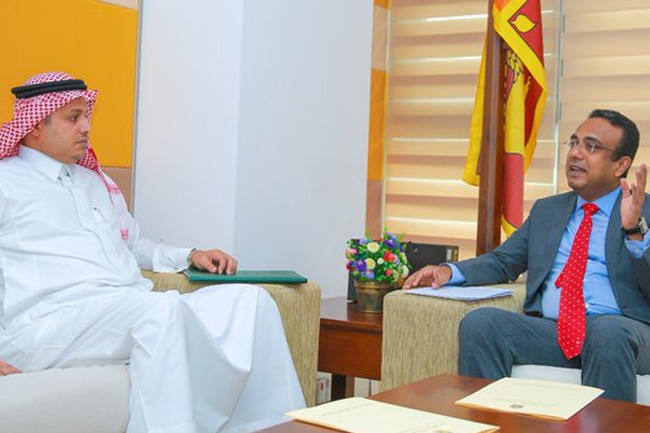 The Kingdom of Saudi Arabia has assured to facilitate employment opportunities for 200,000 Sri Lankan migrant workers in 2023, Minister of Labour and Foreign Employment Manusha Nanayakkara stated.

The Minister said he was was assured of the above during his meeting with Khalid bin Hamoud Nasser Aldasam Alkahtani, the Ambassador of Saudi Arabia to Sri Lanka.

Taking to Twitter, the minister added that the Arabian nation had offered 54,000 migrant jobs last year.

Trade unions and students are protesting against the Kotelawala University Bill...