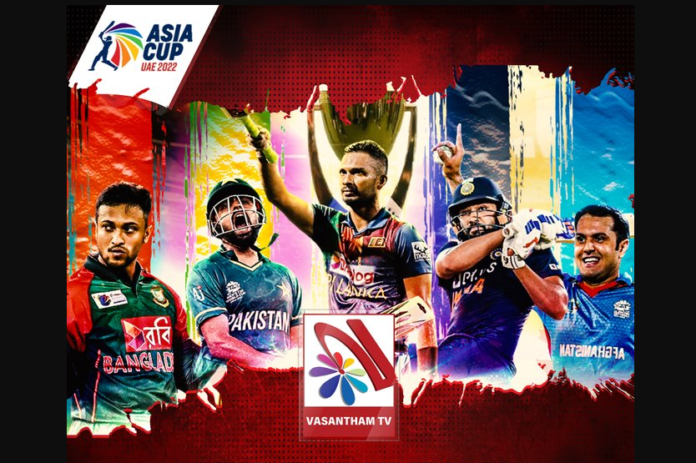 The Asia Cup 2022 tournament will be underway in the United Arab Emirates (UAE) from today August 27. The six-team tournament will have India, Pakistan, Sri Lanka, Bangladesh, Afghanistan and Hong Kong. The tournament is also returning in the T20 format for the first time since 2016. First match will be played between Sri Lanka and Afghanistan in August 27 at Dubai at 18.00 GST (7.30pm IST). The official Television Broadcaster for Sri Lanka is “𝐈𝐧𝐝𝐞𝐩𝐞𝐧𝐝𝐞𝐧𝐭 𝐓𝐞𝐥𝐞𝐯𝐢𝐬𝐢𝐨𝐧 𝐍𝐞𝐭𝐰𝐨𝐫𝐤” ITN / Vasantham TV.

Sri Lanka remains the hosts of the mega tournament of the Asian region despite it been shifted by the Asian Cricket Council due to concerns arising from the prevailing economy crisis unrest. Sri Lanka last won the championship in 2014 defeating Pakistan by 5 wickets in the final at home.

Sri Lanka is drawn in Group B alongside Bangladesh and Afghanistan.