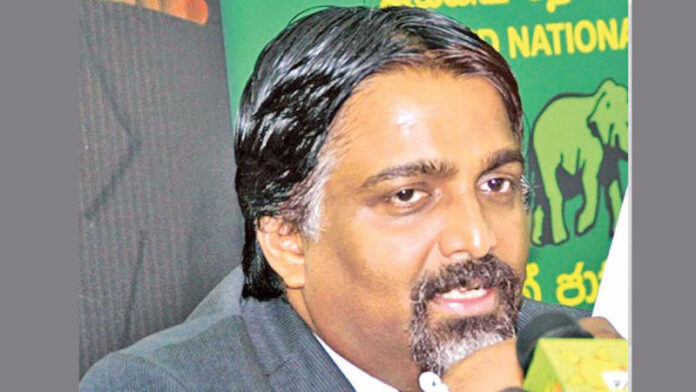 Prof. Ashu Marasinghe, former advisor to President Ranil Wickremesinghe has sent a letter of demand claiming Rs.500 million and one billion rupees as damages from former Parliamentarian Hirunika Premachandra and Adarsha Karandana respectively for allegedly making a defamatory statement regarding him during a press conference held on December 23.

This letter of demand has been sent through Attorney-at-law Malin Rajapaksa urging both Hirunika and Adarsha to pay a sum of Rs.1.5 billion as damages within 14 days. It has warned that legal action will be instituted if the money is not paid within two weeks.

A video recording of Prof. Ashu Marasinghe allegedly showing him sexually abusing a dog had gone viral after it was released by SJB former Parliamentarian Hirunika Premachandra to the media.

Attorney-at-law Malin Rajapaksa said he was instructed by his client that statements made to the media were absolutely false and was a distortion of the truth.

A member of the Election Commission resigns?

US sharing vaccines for the world including Sri Lanka