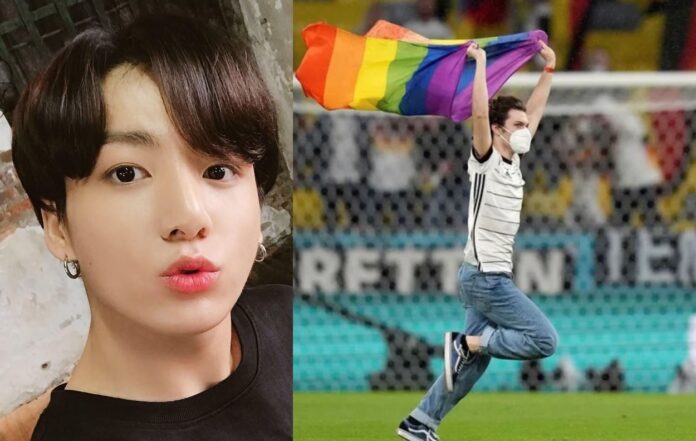 greatest tournament in soccer is set to kick off with Qatar hosting the FIFA World Cup on Sunday, November 20. But before Qatar and Ecuador take the pitch, the opening ceremonies need to commence. Not only will they showcase the best of the 32 countries taking part in the tournament, but the opening ceremony will also have musical performances including an appearance from BTS member Jungkook. The popular boyband has confirmed that their member will be among the performers at the opening ceremony and will also feature in the soundtrack.

Originally scheduled to kick off on Nov. 21, the opening ceremony was moved a day earlier so that hosts Qatar could start the tournament as is customary for the home nation but the ceremony needed to be at night for a planned fireworks display. History will be made as not only is this the first winter World Cup but Jungkook will also become the first Korean to perform at the World Cup opening ceremony.