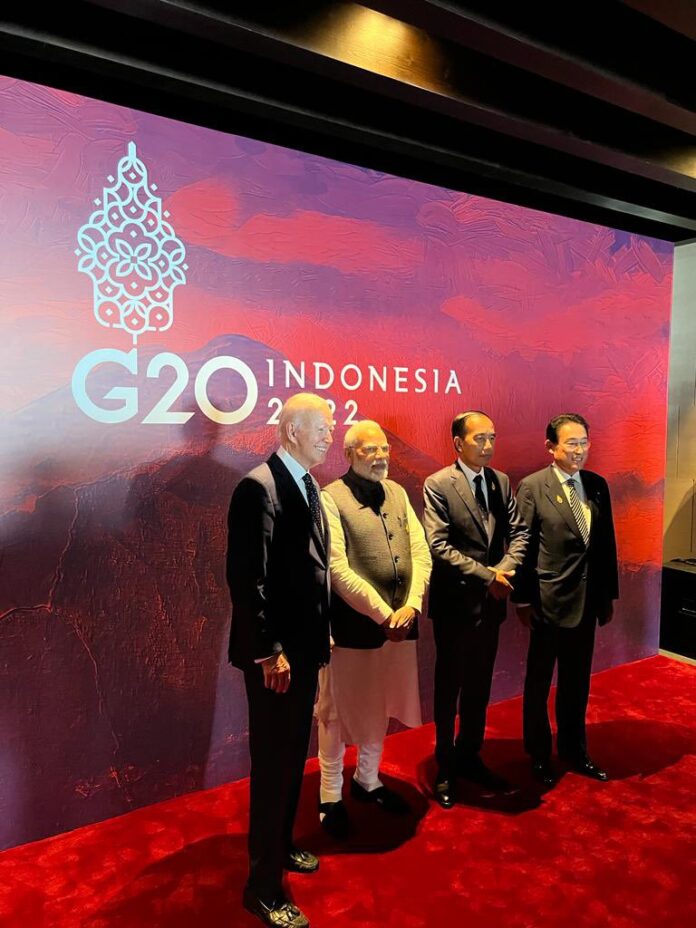 The Prime Minister of India Shri Narendra Modi is participating in the ongoing 17th G20 Summit meeting being held in Bali, Indonesia. Prime Minister addressed the food and energy security session. He will also attend other key sessions on digital transformation and health. At the closing ceremony of the summit, President of Indonesia will hand over the G20 Presidency to the Prime Minister of India. India will officially assume the G20 Presidency from December 01, 2022 which will continue till November 30, 2023.

On November 08, 2022, Prime Minister launched the logo, theme, and website of India’s G20 Presidency. The theme of G20 Presidency “Vasudhaiva Kutumbakam” or “One Earth One Family One Future”- is drawn from the ancient Sanskrit text of the Maha Upanishad. The theme affirms the value of all life – human, animal, plant, and microorganisms – and their interconnectedness on the planet Earth and in the wider universe. It also spotlights LiFE (Lifestyle for Environment), with its associated, environmentally sustainable and responsible choices, both at the level of individual lifestyles as well as national development, leading to globally transformative actions resulting in a cleaner, greener and bluer future.

The G20 Logo draws inspiration from the vibrant colours of India’s national flag – saffron, white and green, and blue. It juxtaposes planet Earth with the lotus, India’s national flower that reflects growth amid challenges. The Earth reflects India’s pro-planet approach to life, one in perfect harmony with nature. Below the G20 logo is the word “Bharat”, written in the Devanagari script.

4.     The logo and the theme together convey in clear and powerful terms the central focus of India’s G20 Presidency. The uniquely Indian approach to G20 Presidency will highlight living in harmony with the surrounding ecosystem and strive for just and equitable growth for all in the world, in a sustainable, holistic, responsible, and inclusive manner, as we navigate through these turbulent times.

5.     The G20 Presidency offers an opportunity to India to contribute to the global agenda on pressing issues of international importance. For India, the G20 Presidency also marks the beginning of “Amritkaal”, the 25-year period beginning from the 75th anniversary of its Independence on 15 August 2022, leading up to the centenary of its Independence in 2047, towards a futuristic, prosperous, inclusive and developed society, distinguished by a human-centric approach at its core.

6.    During the course of its G20 Presidency, India will hold about 200 meetings in 32 different sectors in multiple locations across India. The G20 Leaders’ Summit will be held in New Delhi on September 9-10, 2023. Bangladesh, Egypt, Mauritius, Netherlands, Nigeria, Oman, Singapore, Spain and the UAE will be invited as “guest countries”. 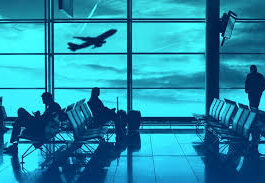 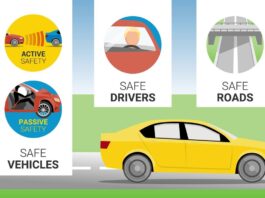 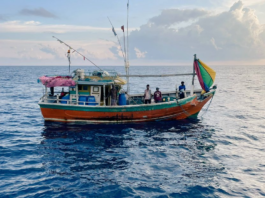