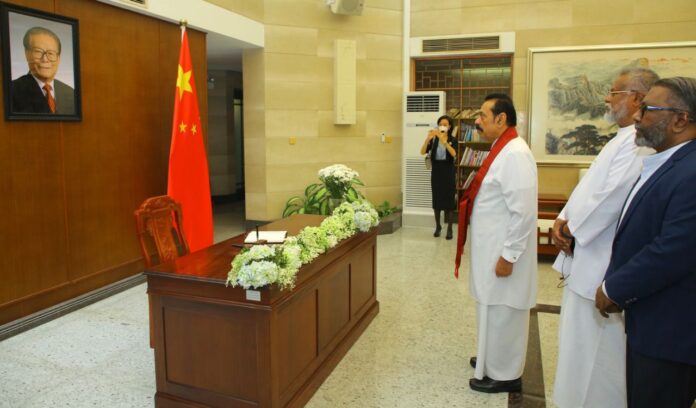 Former Prime Minister Mahinda Rajapaksa visited the Chinese Embassy in Colombo today to express his condolences over the passing of H.E Jiang Zemin ( who served as general secretary of the Chinese Communist Party from 1989 to 2002, as chairman of the Central Military Commission from 1989 to 2004, and as president of China from 1993 to 2003)

Former President of China, Jiang Zemin passed away due to leukemia and multiple organ failure on November 30, at the age of 96. In September 1980, Comrade Jiang led a delegation for a 5-day visit to Sri Lanka to study Special Economic Zone. 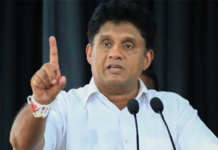 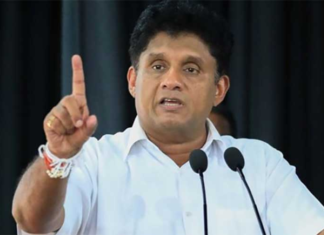