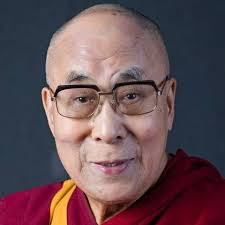 China stongly opposes the visit of the Dalai Lama to Sri Lanka or any country as he is a political exile disguised as a religious figure, engaged in anti-China separatist activities and attempting to split Tibet from China, a Chinese delegation informed the Mahanayaka Theros today.

Chargé d’affaires Hu Wei of the Chinese Embassy in Sri Lanka called on the Mahanayake Thero of the Malwathu chapter of Siam Nikaya, Most Venerable Thibbatuwawe Sri Siddhartha Sumangala Thero in Kandy.

The embassy said the delegation had a friendly conversation about the millennia close exchanges between the two people and Buddhist communities of the two countries, as well as China’s firm support to all walks of life in Sri Lanka to fight against COVID-19 epidemic and the economic crisis.

The issue of the 14th Dalai Lama’s intention to visit Sri Lanka was also discussed.

Chargé d’affaires Hu Wei stated that the government and people of China including in the Tibet Autonomous Region strongly oppose any foreign country to receive the Dalai Lama in any name, because the 14th Dalai Lama is absolutely not a “simple monk” as he self-claimed, but the head of the feudal serfdom and the theocracy in Tibet prior to 1951, a political exile disguised as a religious figure who has long been engaging in anti-China separatist activities and attempting to split Tibet from China.

Smashing the lies of the Dalai Lama group, the Chinese Chargé d’affaires briefed the Mahanayake Thero that in the Dalai Lama era, about 1 million people were serfs accounted for 95 percent of Tibet’s population. Its GDP was only 129 million RMB and the Life Expectancy was only 35.5 years (in 1951).

Under the leadership of the Communist Party of China, the Tibetan people are now enjoying a prosperous economy with a GDP of 210 billion RMB (31 billion USD) and the GDP per capita of USD 8,000 (twice of Sri Lanka and 4 times of India where he resides now), longevity of 72.19 years on average and freedom of religion with 46,000 monks and nuns in over 1,700 temples in Tibet.

Hu emphasized that China and Sri Lanka have been firmly supporting each other on issues concerning each other’s core interests, including the Tibet related issue. Both sides especially the Buddhist communities must prevent a ‘sneaky’ visit of the Dalai Lama to the island to promote “Tibetan independence” and safeguard the China-Sri Lanka historical relations from being damaged.

The Malwathu Mahanayake Thero highly appraised the close friendship between Sri Lanka and China dated from Ven. Faxian Theros visit to the island 1,600 years ago, and China’s continued support to Sri Lanka since the latters independence, particularly during Sirimavo Bandaranaike’s time.

Commenting on the rumor of several monks inviting Dalai Lama to visit the island, the Chief Prelate stressed that China is the closest friend of Sri Lanka.

“Our relations with China must not be hurt. It is better that the government also understand the importance of contribution rendered by China for the upliftment of Sri Lankan economy. We as Sri Lankans are always indebted to China for their continued support and humanitarian assistance to Sri Lanka whenever we are in need,” the Thero said.

Navy assists apprehension of 47 persons suspected to be on an...