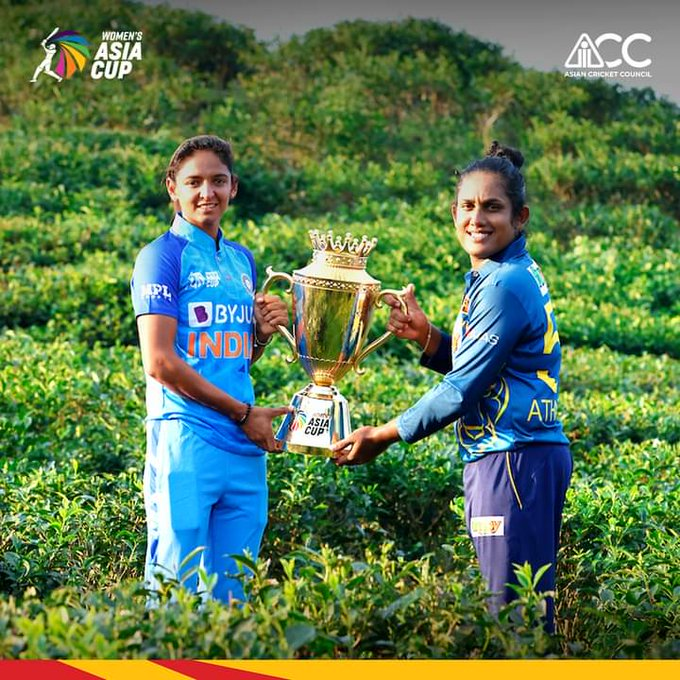 Sri Lanka will take on India in the Final of Asia Cup women’s cricket at Sylhet International Cricket Stadium, Bangladesh on Saturday. The match will start at 13:30 Local ( 13:00 +0530 ).

Sri Lanka Women pulled off a heart stopping 1-run win over Pakistan in the second semi-final of the Women’s Asia Cup at Sylhet International Cricket Stadium yesterday to set up a final showdown against India.

Inoka Ranaweera produced her second successive Player of the Match performance bowling a decisive penultimate over getting rid of the big hitting Ayesha Naseem cheaply with Pakistan, needing a run a ball 16 for victory chasing Sri Lanka’s 122 for 6 ending on 121 for 6. Ranaweera took 2 for 12 setting up a drama filled final over sent down by Achini Kulasuriya with Pakistan needing 8 more. But Kulasuriya retained a tight reign limiting Pakistan to 3 off the final delivery that Nida Dar perished from when she was run out by an excellent retrieving throw by Kavishka Dilhari after dropping a blinder at cover. Pakistan skipper Bismah Maroof had kept the side in the game with a run a ball 42 but her dismissal in the 18th over saw Sri Lanka apply the final brakes with aplomb.

Sri Lanka’s run charge was ignited by a power play forceful knock of 26 off 21 by Anushka Sanjeewani who smashed 26 off 21 while Harshitha Samarawickrama struck a top score of 39 after skipper Chamarie Athapaththu had fallen for 10 inclusive of a 6- Nilakshi de Silva made 14, and Hasini Perera 13. (SLC)