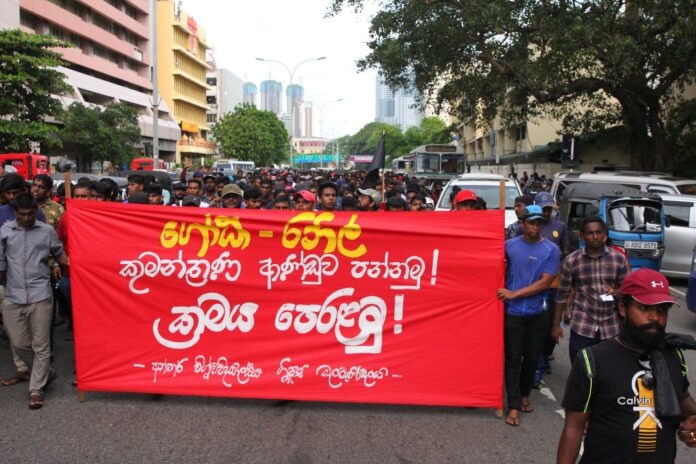 Inter University Students’ Federation “Anthare” and University students to launch a protest march on July 8th as a support to the July 9th mass protest against the government. The protest starts under the theme “Let’s oust the Gota – Ranil conspiracy government! – Let’s reverse the system”. The protest march is scheduled to begin from Kelaniya University and to march towards Colombo.

Magistrate’s court refuses a request made by the Police to issue a restraining order against the protest marches planned for July 8 and the July 9 in Fort and Pettah.

Protestors demand “Go Home Gota” – a call for President Gotabaya Rajapaksa to step down and end what is regarded as the corrupt political system in the country.

Last few months, Youth protesters have launched several protests in Colombo. Thousands of students from across Sri Lanka participated for these protests. Meanwhile students and young people have been protesting in front of the president’s office in the capital Colombo since 9 April.

Meanwhile, citizens are planning to launch massive protest march in Colombo on July 9 demanding President Gotabaya Rajapaksa to step down.

Youth murdered following a dispute over a Tik Tok video