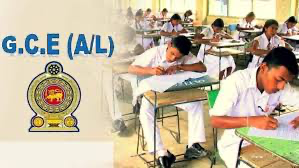 The National Transport Commission (NTC), Sri Lanka Transport Board (SLTB) and the Railway Department have made special transportation arrangements to help assist the candidates who sit for the Advanced Level Examination.

The NTC announced yesterday that the “Sisu Seriya” bus service has been designated to provide shuttle for Advanced Level examination candidates.

Accordingly, the “Sisu Seriya” bus service will be operating for 22 days until the end of the examination, NTC Director General Nilan Miranda said.

“Under the Sisu Seriya service, we have a total of 1,617 (698 Sri Lanka Transport Board (SLTB) and 919 NTC) buses operating.” All NTC officials and the SLTB chairman had been informed to deploy all the buses to help provide shuttle services to the A/L candidates,” he said.

Previously, the NTC was paid a concessionary amount of Rs. 88 per km, but this month it was increased to Rs. 105, he said.

Hence, all Sisu Seriya bus operators have been told to use all resources (buses) even if there was only one candidate and that the total concessionary amount would be paid, the NTC Chairman said.

This transportation facility could be availed by the staff deployed at examination centres, teachers, and parents to travel along with the student candidates. He stated that all buses will run in the morning and during the day.

Meanwhile, Railway Department’s Deputy General Manager N.J. Indipolage said all arrangements have been made to run additional trains to facilitate the A/L candidates. The trains that were cancelled due to a lack of staff will nevertheless be operated in the morning and in the evening, he said.

Accordingly, the trains will be operated between 5.00 am  and 7.00 pm until the examination is concluded, he said.

A total of 16 trains, including 12 trains on the main line and four on the coastal line, have been assigned to assist the A/L candidates.

The Deputy General Manager specifically mentioned that express trains have been instructed to transport the A/L candidates in the event there could be delays to the assigned trains.

Duties of Ministries of Environment and Industries amended