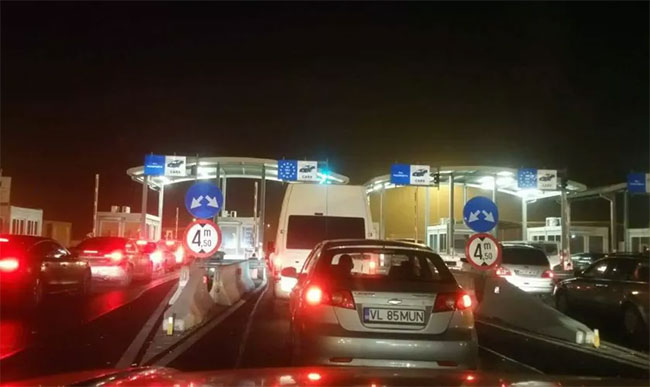 About 27 migrants from Sri Lanka, Bangladesh, Eritrea and Pakistan were caught by Romanian’s Arad police after they tried to cross the border illegally into Hungary, hiding inside two trucks loaded with textile fabrics and metal rods.

According to Agerpres, at the Nadlac I Border Crossing Point (PTF) during the check of a truck that was about to leave the country, it was discovered that it was driven by a Romanian, and migrants were hidden in the goods being transported, SchengenVisaInfo.com reports.

In this regard, the border police of Arad revealed that 17 foreign nationals were discovered after a detailed inspection of the truck, in a special compartment in the front part of the cargo cabin.

The persons in question were then taken and transported to the headquarters of the Arad police for further investigation, where the Border Police discovered that they were citizens of Bangladesh and Eritrea, aged 21 to 67.

Moreover, over 11 other migrants from Sri Lanka and Pakistan, aged between 21 and 42 were also found in a truck also driven by a Romanian national, which was loaded with metal bars.

Romanian border police have emphasised that they are conducting investigations to find out more information about this illegal activity.

As the border police explain, the driver was transporting three pallets of textiles on the Romania-Austria borderline.

In November, Romanian border police detected a truck with 26 migrants from Syria and Turkey trying to enter the Schengen area, which contained canisters of hydrochloric acid.

Sri Lanka to import rice due to prevailing rice scarcity in...