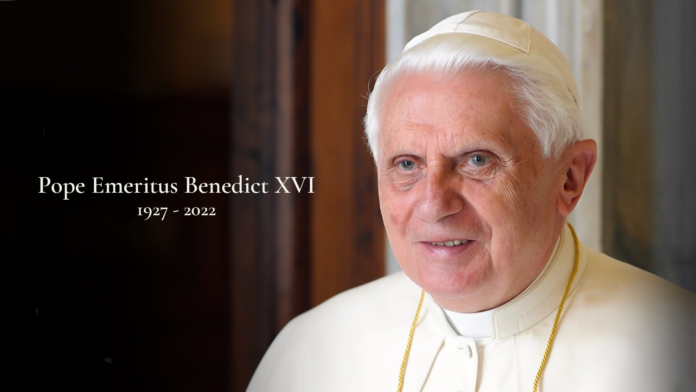 President Ranil Wickremesinghe visited the Embassy of the Holy See (Vatican Apostolic Nunciature) in Colombo this morning (04) to express his condolences on the demise of Pope Emeritus Benedict XVI who was called to rest on Saturday (31) morning in the Mater Ecclesia Monastery in the Vatican.
The retired Pope hailing from Germany was called to rest at the age of 95, after having served for more than eight years as Pope from 2005 to 2013. He has been in retirement for nearly 10 years.
The President, who visited His Eminence Brian Udaigwe, Vatican Apostolic Ambassador to Sri Lanka, engaged in brief conversation with him.
President Ranil Wickremesinghe also paid tribute to the photograph of Pope Benedict XVI, and marked his condolences by highlighting Pope Benedict the XVI’s great intellect, love and kindness. The President made a note in the special condolence book, which was placed at the
Embassy.