Child abuse, child harassment, child slavery, whatever the name may be it is the responsibility of a society to oppose it unconditionally and there is a need for an organized program to prevent such malpractices against children and enforce the law beyond just protesting against such individual incidents, Chairperson of the Women Parliamentarians’ Forum, State Minister Dr. Sudarshini Fernandopulle said.
The Minister further stated that the law should be enforced expeditiously against the perpetrators irrespective of their social status. The Minister expressed her condolences over the death of a 16-year-old girl who was abused and burnt to death in the house of a Member of Parliament.
Such incidents of Child abuse and harassments have been happening in the past and continues to happen even now, therefore rather than protesting on individual such cases it is important to take measures to prevent these while making sure that the perpetrators are brought to task by the police and judiciary.
The Minister reminded that child abuse and child slavery are constantly creating an environment in which children are unable to reach their full developmental potential and can be subjected to long term physical and mental disabilities. It is inevitable that a situation will once again be created where the abused children may continue to be abusers once they become adults thus continuing the vicious cycle of child abuse.

There is a growing social perception that women MPs should be the first to oppose the abuse of girls and the harassment of women and children but the entire society should come forward to safeguard them as it is a tragic situation. Child abuse, violence against women show the deterioration of the values in society and gender inequality hence, it is important that not only women but all work together to avoid such situations. She believes that the execution of justice expeditiously to the daughter of the deceased Ishalini Jude Kumar would lead to the protection of more such daughters in future from such harassments.

Do not shed crocodile tears against child abuse – Let’s force the law to be strictly enforced says Dr.Sudarshini Fernandopulle. 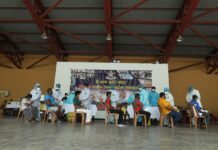 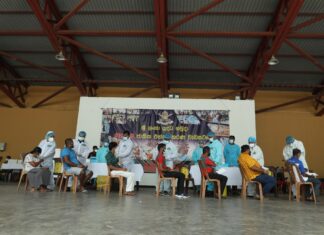 Government to buy paddy from farmers at Rs 75 per kilo