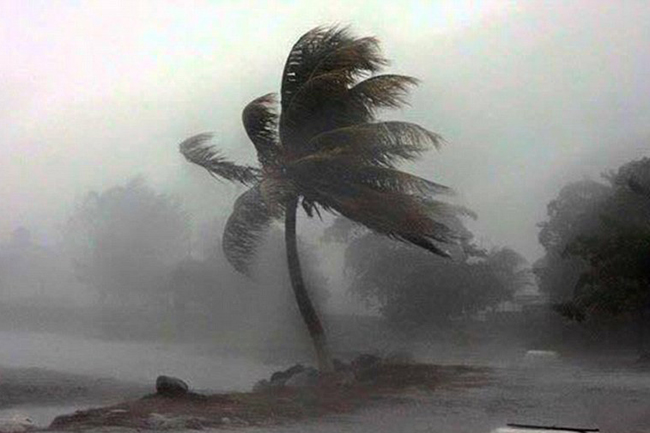 The depression over Southeast Bay of Bengal (500km east of Trincomalee) has concentrated into a deep depression and located near latitude 8.7N and longitude 85.7E today morning, the Department of Meteorology said in an advisory issued earlier.

It is very likely to move west-northwestwards, gradually intensify into a cyclonic storm around this evening.

The system is likely to approach the coast of northern Tamil-Nadu, Puducherry and southern Andhra Pradesh over Southwest Bay of Bengal 08th December morning.

Heavy showers or thundershowers and rough to very rough seas can be expected in aforementioned sea areas.

The naval and fishing communities are advised not to venture into the deep and shallow sea areas off the coast extending from Mannar to Pottuvil via Kankesanturai, Trincomalee and Batticaloa and southwest Bay of Bengal (02N – 15N, 80E – 95E) until further notice.

Meanwhile, those who are out at aforementioned sea regions are advised to return to coasts or to move to safer areas immediately.

The fishing and naval communities are requested to be attentive to future forecasts issued by the Meteorology Department in this regard.

Police arrested one of the main accused involved Sialkot incident