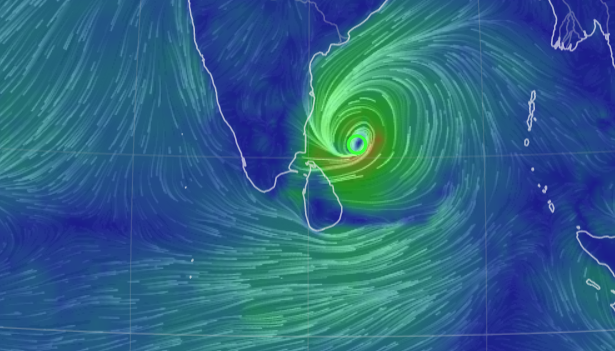 Cloudy skies will prevail over most parts of the Island.

Intermittent showers are expected in the Northern Province with heavy rainfall exceeding 100mm at some places. Showers will occur at times in the Sabaragamuwa Province and in Galle, Matara, Anuradhapura and Trincomalee districts. Several spells of showers may occur in the Western and North-Western Provinces and Nuwara-Eliya and Kandy districts.

Strong winds about (60-70) kmph can be expected at times over the Northern, North-Central, Eastern, Uva & Central provinces.