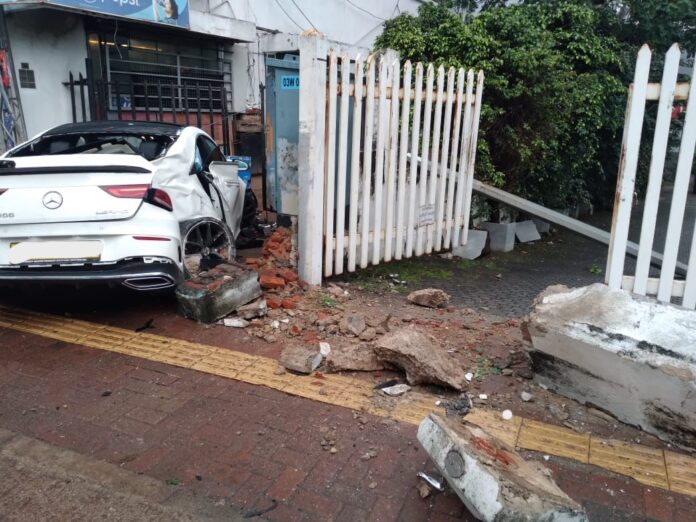 Update – The driver of the car involved in the accident at Kollupitiya, arrested at BIA on returning from overseas, remanded till December 16.

The 26 year old driver of the car involved in the accident at Kollupitiya last Saturday where a 3-wheeler driver was killed, arrested at BIA on returning from overseas last night. The suspect has now been brought to Kollupitiya police. The suspect is a resident of Wellampitiya area.

The driver of the car involved in the accident had left Katunayake Airport for Dubai at 9:55 am on the same day. The police had also obtained a travel ban on the suspect.

The suspect is said to be a millionaire businessman and three women had been with him inside the car at the time of the accident.

Last Saturday, a speeding car crashed into a three-wheeler on Galle Road in Kollupitiya, killing the three-wheeler driver. Police said the car was carrying five persons, reportedly returning from a night club. The millionaire businessman driving the car had fled after the accident and the Kollupitiya Police had launched a raid to arrest him. The car driver fled the scene while a woman passenger was assaulted by angry bystanders. She and another woman passenger were hospitalised. The three-wheel driver was identified as a 58-year old resident of Kahatuduwa, Polgasovita.

Two sanitation workers engaged in road cleaning activities also attacked the woman in the car that was involved in the accident. Police arrested the two women according to a complaint made by the assaulted woman to the Kollupitiya Police.

Vice Admiral Nishantha Ulugetenne promoted to the rank of Admiral

Kandy Esala Perahera festival began and to last till August 12