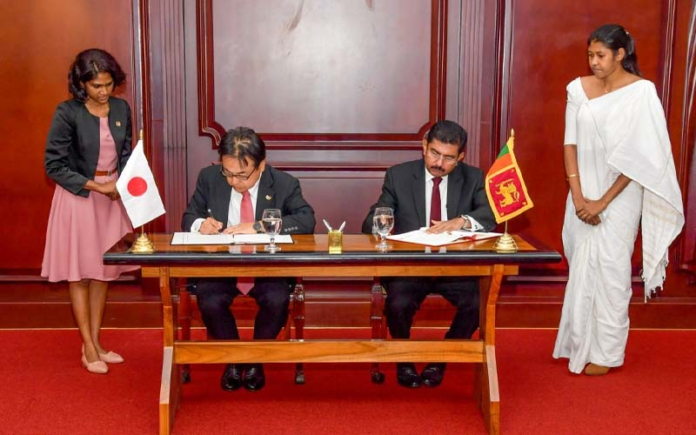 Japan and Sri Lanka signed a Memorandum of Cooperation on the Joint Crediting Mechanism (JCM) for Low Carbon Growth Partnership on October 10 at the Presidential Secretariat.

The Memorandum of Cooperation on the JCM was signed by Dr. Anil Jasinghe, Secretary to the Ministry of Environment and Mr. Misukoshi Hideki, Japanese Ambassador to Sri Lanka. Thereafter, the Japanese Ambassador met with President Ranil Wickremesinghe and engaged in cordial discussion.

After its withdrawal from the Second Commitment Period of the Kyoto Protocol, Japan introduced the Joint Crediting Mechanism (JCM) in 2013 to contribute to the global effort of reducing greenhouse gas (GHG) emissions. This mechanism has been developed to reduce GHG emissions jointly with developing countries and share the greenhouse gas emissions reduced as the percentage between Japan and the agreed party country. Japan introduced this mechanism as agreed at the 21st Conference of Parties to the United Nations Convention on Climate Change to adopt the Paris Agreement to achieve the commitments of the Nationally Determined Contributions.

Through implementing the proposed projects under this mechanism the benefits such as introducing new technologies and technical expertise, capacity building, generation of green jobs and new infrastructure development could be achieved.

The Government of Japan and its private sector will provide technical assistance and part of the capital investment to implement this mechanism in developing countries. Under this mechanism, projects in energy, industry, transport, waste, forestry and agriculture sectors for reducing GHG emissions are expected to be implemented.

When implementing this mechanism in Sri Lanka, a Joint Committee co-chaired by the Governments of Japan and Sri Lanka and representatives of both countries will be established to approve the projects.

Speaking at the occasion Mr. Naseer Ahmed, the Minister of Environment, said that under the guidance of President Ranil Wickremesinghe, and on the special supervision of Mr. Sagala Ratnayake, the President’s Senior Adviser on National Security and the Chief of Staff, this program was made successful.

Minister of Environment Naseer Ahmed, Senior Adviser to the President on National Security and Chief of Presidential Staff Sagala Ratnayake, Presidential Adviser on Climate Change Ruwan Wijewardana and others attended the event. 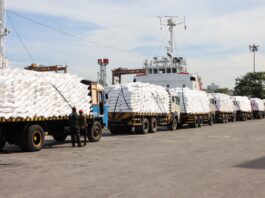 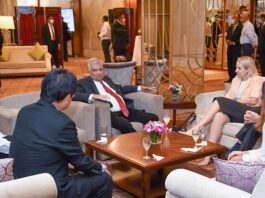 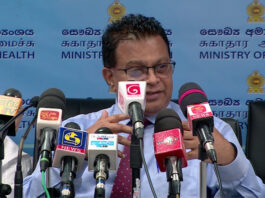