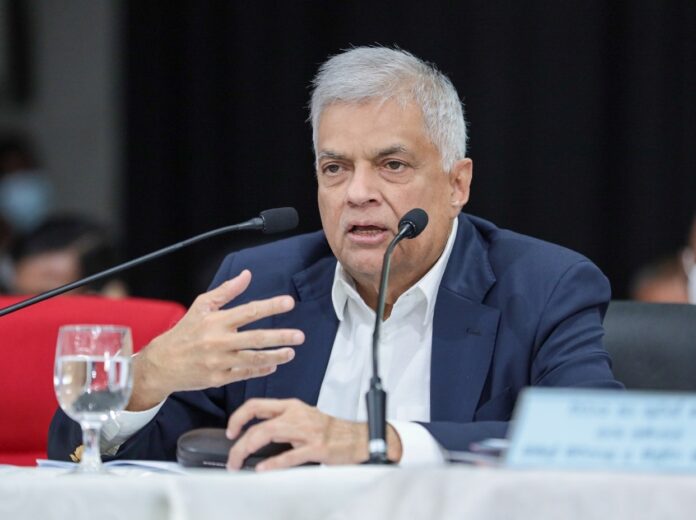 Sri Lanka President Ranil Wickremesinghe said that hunger has no party or colour and that everyone should come together to make the food security program a success in order to face the future food shortage as a strong country. The President further emphasized that everyone should forget their differences and dedicate themselves to rebuilding the country’s economy.

“I would like to thank everyone for their comments on the functioning of the Food Security Program in the Badulla District. We started the food security program at a time when there was a shortage of fertilizer and fuel in the country and at a time when no country wanted to give us loans.

In the year 2023, there is a possibility of a food shortage. We started the food security program to deal with that. I suggest that a review of the implementation of this program be done again in each divisional secretariat. Here you can get new data. Accordingly, we are proceeding with the food security program in a formal manner. This program will not end after 2023. We will continue to do so. Local councils have representatives from each political party. But we all have to implement this program together.

Somehow, we have been able to provide the fertilizer needed by the farmers. With the success of the Maha season, we will have a surplus of rice in the future. We have identified problems such as insufficient storage facilities. We are also working to solve those problems. At the same time, we have taking measures to control the price of paddy.

We are constantly working to provide opportunities to grow more productive crops and are working to use modern agriculture methods. We had run out of fertilizer. Fertilizer is now available as required. Also, the fuel subsidy has been received for agricultural activities. Thus, the government spends Rs.50,000 per hectare. We are planning to provide Muriate of Potash (MOP) fertilizer for free, next season. We have also credited the money to the farmers’ account to get fertilizer.