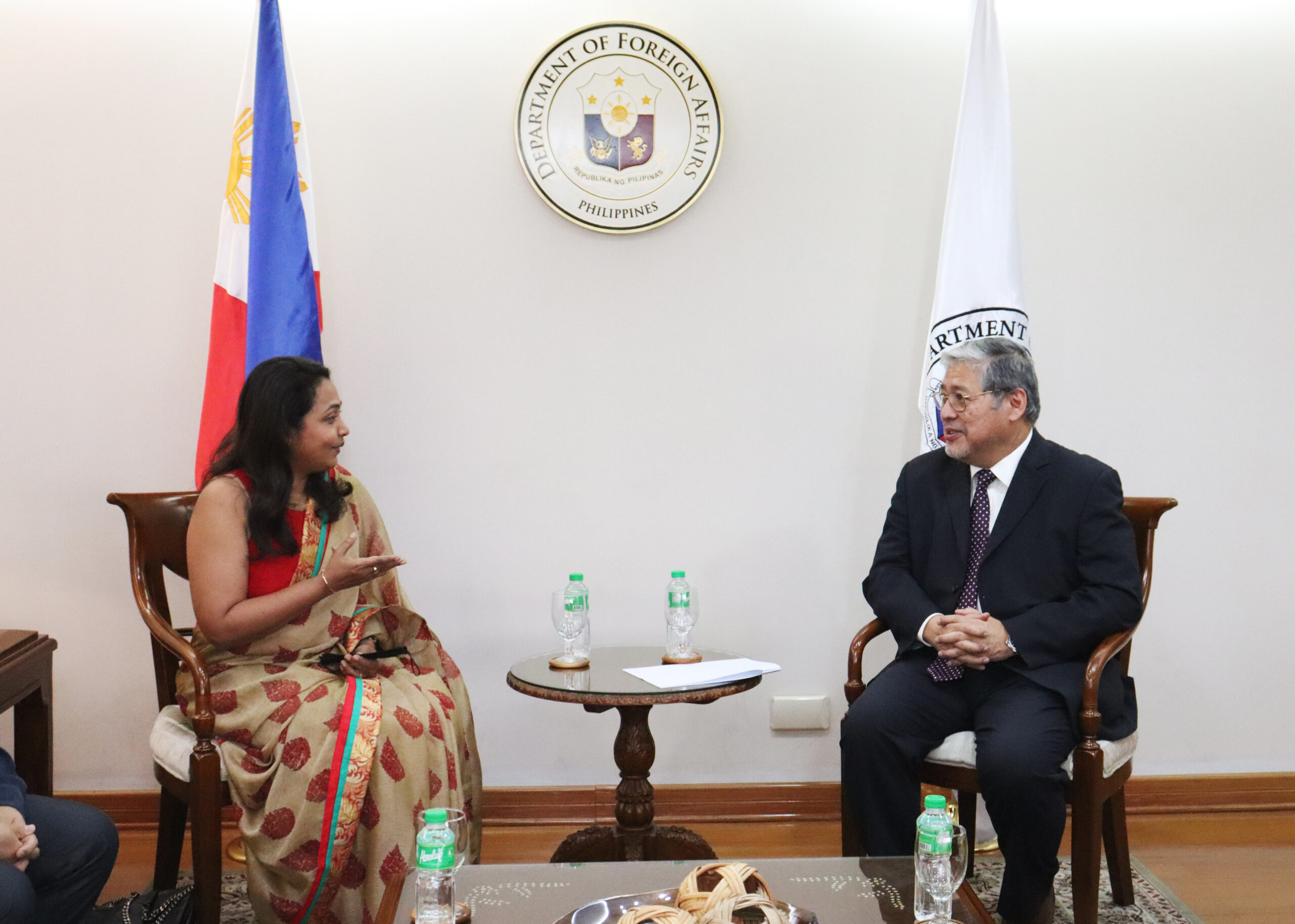 Ambassador Gunasekera congratulated Secretary Manalo on his recent appointment and handed over the felicitation letter from Minister of Foreign Affairs of Sri Lanka Ali Sabry and the Policy Statement by President of Sri Lanka Ranil Wickremesinghe, at the inauguration of the Third Session of the 9th Parliament of Sri Lanka. She apprised on the current political and economic developments in Sri Lanka as well as the current bilateral trade between the two countries; the working visit to Manila of President Ranil Wickremesinghe, for the 55th Annual Meeting of the ADB Board of Governors held in September 2022; and the goodwill visit of the Sri Lanka Navy Offshore Patrol Vessel (OPV) P627 held from 12 to 16 October 2022. She also highlighted the Embassy’s current initiatives in the Philippines particularly the opportunities in the ICT, relating to the e-commerce for MSME’s and skills development sectors for better employability of Sri Lankan workforce. Further, she expressed appreciation for the active engagement of the DFA-Technical Cooperation Council of the Philippines (DFA-TCCP) on technical cooperation and capacity building training programs conducted on a virtual platform for Sri Lankan stakeholders on gender mainstreaming, tourism services and hospitality management, and Palay Check System cum Rice and Rice Based Technologies.

Foreign Affairs Secretary Manalo expressed full bilateral support of the Philippines in further advancing political and economic ties with Sri Lanka. He also proposed that the 3rd round of Political Consultations could be arranged either towards late this year or early next year.

Secretary Manalo is the second career diplomat to be appointed as Secretary of Foreign Affairs of the Philippines since Ambassador Delia Domingo-Albert in 2004.  He conducted both the 1st and 2nd round of Political Consultations between Sri Lanka and the Philippines in 2016 and 2018.