China’s Ministry of Foreign Affairs on Tuesday issued a statement on Speaker of the U.S. House of Representatives Nancy Pelosi’s visit to China’s Taiwan region. Following is the full text of the statement:

On 2 August, in disregard of China’s strong opposition and serious representations, Speaker of the U.S. House of Representatives Nancy Pelosi visited China’s Taiwan region. This is a serious violation of the one-China principle and the provisions of the three China-U.S. joint communiqués. It has a severe impact on the political foundation of China-U.S. relations, and seriously infringes upon China’s sovereignty and territorial integrity. It gravely undermines peace and stability across the Taiwan Strait, and sends a seriously wrong signal to the separatist forces for “Taiwan independence”. China firmly opposes and sternly condemns this, and has made serious démarche and strong protest to the United States. 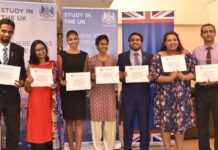 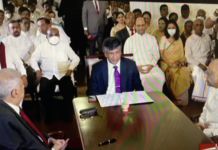 Dinesh Gunawardene sworn in as the Prime Minister

Dr. Nandalal Weerasinghe as the Governor of the Central Bank for a six year period