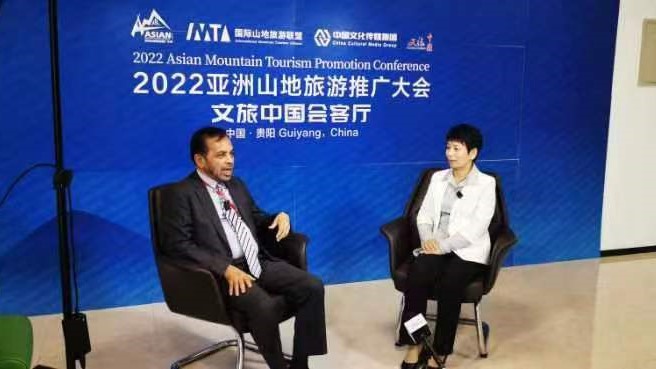 The Asian Mountain Tourism Alliance held its sixth summit in Guiyang, Guizhou, China, on 17 -18 August 2022.  The summit showcased a range of products especially handicrafts from the province and was graced by high level officials from the central, provincial and city Governments and diplomatic and business representatives.

In his presentation, the Ambassador of Sri Lanka to China, Dr.Palitha Kohona, stated that while Sri Lanka lacked snow covered peaks, it possessed perhaps the only high peak in the world sacred to three of the key religions of the world, Sri Paada to Buddhists and Adam’s Peak to Christians and Muslims. Thousands climbed the mountain to express their religious fervor and to experience the incomparable sense of freedom and serenity.

Ambassador Dr.Kohona spoke of the beautiful lush greenery, the aroma of fresh tea engulfing the ranges and the gushing rivulets and water falls of the tea country of Sri Lanka. He stated that with the increasing numbers of visitors, bungalows, now converted to boutique hotels, were beginning to fill up.

The Greeks called the island “Serendip”. This word gave rise to the English word serendipity – a pleasant surprise around every corner. In Chinese it is Yuan Feng. Dr. Kohona invited the audience for a ‘yuanfeng’ experience in Sri Lanka.

Foreign Ministers of Sri Lanka and Thailand resolve to build on...