The Rs. 1000 stamp designed by Mr. Isuru Chathuranga portrays a hand drawn graphic of Yapahuwa lion. Among the stamps issued today are six stamps depicting endemic birds that have never been reflected in Sri Lankan stamps or first day covers. 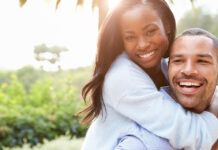 What is Happiness and Why it is Important for People

What is Happiness and Why it is Important for People