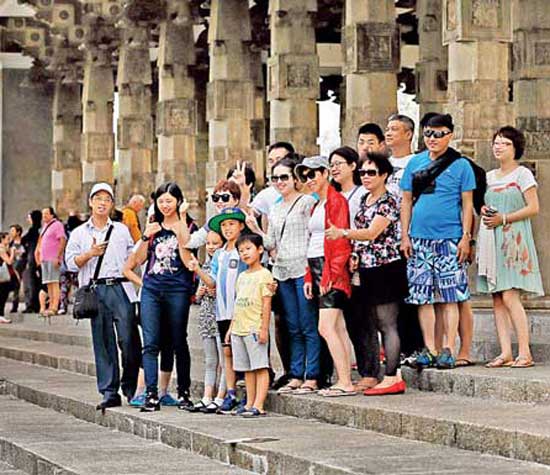 The tourist arrivals to Sri Lanka in the first three weeks of January have topped 70,000, indicating the island nation’s tourism industry is firmly on the recovery path.

The provisional data from the Sri Lanka Tourism Development Authority (SLTDA) showed that for the January 01-22 period, a total of 72,002 international visitors had entered the country.

Compared with the corresponding period in 2022, the tourist arrivals have expanded by nearly 23 percent. From January 01 to 22, 2022, Sri Lanka welcomed a total of 58,548 visitors.

Accordingly, with the increase in tourist inflows, the daily arrival average for January has improved to 3,272.

Leading the tourist traffic was the Russian Federation, accounting for 24 percent of the total arrivals.

Ranking second was India, bringing in 13 percent of the arrivals. Germany held the third position, contributing to 9 percent of the total arrivals. Falling to the fourth position from third was the United Kingdom, which brought in 8 percent of the total tourist traffic.The SLTDA last week expressed confidence that Sri Lanka would reach the target of 105,000 tourist arrivals for the month of January.

The final week of January would likely see China entering the list of source markets for Sri Lanka. The Chinese New Year officially began on January 22 and a lot of Chinese are expected to travel during the New Year holidays, particularly with the opening up of the country after the end of the zero-COVID policy of the Chinese authorities.