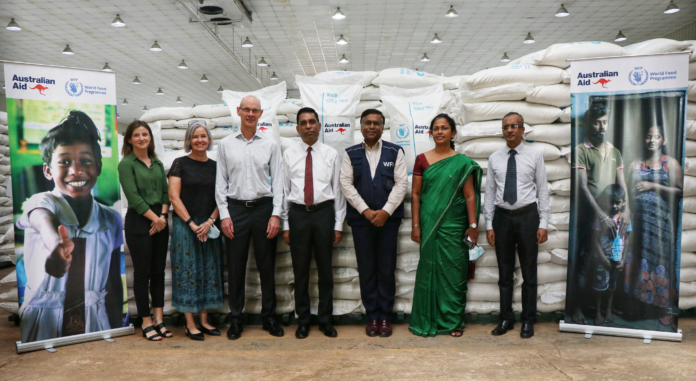 The first consignment from an Australian donation totaling AUD22 million (approximately USD15 million) has arrived in Sri Lanka and will soon be distributed to those most affected by the ongoing economic crisis. The consignment, consisting of 600 metric tonnes of rice, forms part of a larger consignment of rice, pulses and cooking oil, due to arrive in the country soon.

“Australia and Sri Lanka share many decades of friendship, and this latest contribution is an extension of our goodwill during this unprecedented crisis,” said Paul Stephens, Australia’s High Commissioner to Sri Lanka. “We are supporting WFP to provide life-saving food to people who are struggling with price increases, job losses and reduced incomes”.

“Australia was the first to contribute to WFP’s emergency response, enabling us to kick-off much needed assistance to those hard-hit by the ongoing crisis,” said Abdur Rahim Siddiqui, WFP Sri Lanka’s Representative and Country Director. “Through Australia’s generous donation, we are providing cash and in-kind food to the most vulnerable, including pregnant and breastfeeding women and school children,” he added.

Sri Lanka’s economic crisis has increased the level of food insecurity and recent WFP surveys show the situation could deteriorate further in the coming months without urgent assistance. Launched in June, WFP’s emergency response aims to help 3.4 million of those most at risk.

Sri Lanka to reject Gas shipment by Litro due to below...