The Navy managed to apprehend a suspect with about 514kg of Kendu leaves and 70kg of dried turmeric attempted to be smuggled into the island via sea routes, during a special search operation conducted in the beach area of Vankalai, Mannar today (08th June 2021).

The Navy has stepped up patrols and is conducting regular operations covering the coastal region to curb smuggling by sea. During a similar operation in Vankalai beach area, the North Central Naval Command managed to recover these stocks of Kendu leaves and dried turmeric concealed in a nearby shrubs, after having smuggled via sea. The consignment comprised about 514kg of Kendu leaves in 17 polythene sacks and about 70kg of dried turmeric wrapped in 02 polythene sacks. The operation also paved the way to collar a suspect in connection to this racket.

The operation was carried out adhering to COVID-19 protocols in force due to the pandemic concerns and the 41 year old suspect held in it was identified as a resident of Erukkulampiddi area. The accused together with the seized haul of Kendu leaves and dried turmeric was handed over to the Vankalai Police for onward investigation. 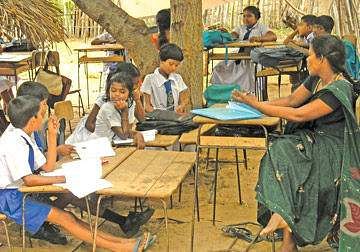 admin - January 26, 2022 0
A Flag Hoisting Function is being organized at India House on the occasion of 73rd  Republic Day of India on 26 January...