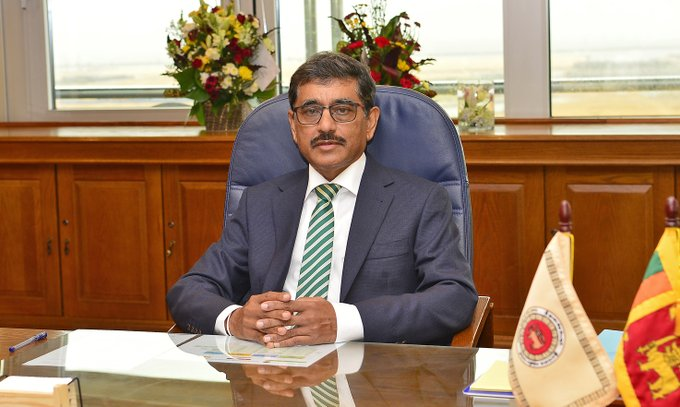 In an interview with The Hindu, Governor of the Central Bank of Sri Lanka (CBSL) Dr. Nandalal Weerasinghe stated that Sri Lanka is waiting for financing assurances from its bilateral creditors, including India and China, to tap support from the International Monetary Fund (IMF).

“We have shared all the information possible with our bilateral creditors, on an open, comparable, and transparent basis. Now they will have to look at it, make their decisions internally and come back to us…we hope they will do that soon”, he said in this regard.

In September, the IMF reached a staff level agreement with Sri Lanka for a $2.9 billion package to help the island nation facing its worst economic crisis in decades.

The development came months after Sri Lanka floated the rupee, opted for a preemptive default on its external debt, and increased interest rates sharply to tighten monetary policy.

However, Sri Lanka must now obtain adequate financing assurances from its creditors, for the IMF Board to approve the promised Extended Fund Facility (EFF).

Thus, the island nation has been in talks with China, Japan, and India, its three major bilateral creditors, over the past few months to restructure the billions of dollars owed to them.

Colombo is desperate for the $2.9 billion not because it is a big amount — it can barely meet two months’ worth of imports — but mainly to use the IMF package to qualify for more credit internationally, as the country struggles to recover from the dreadful economic crash that pushed citizens to the streets.

From the time the Sri Lankan government entered the provisional agreement with the IMF, India has underscored the need for “creditor equitability and transparency”, Weerasinghe said, implying Colombo must not give any creditor preferential treatment while restructuring their loans.

Although Sri Lanka aimed to secure IMF relief before the end of this year it failed to, as bilateral negotiations dragged.

Talks with China got a “little delayed”, Governor Weerasinghe observed, citing “internal issues” such as the Chinese Communist Party (CCP)’s national congress held in October, and “COVID-19 restrictions” in China.

But the delay in discussions with China “is not the only reason” for Sri Lanka’s inability to secure the IMF package this year, in his view. Japan, and the Paris Club of which it is a member, “know this business” [of debt restructure] as they have “been doing it for many years”, he said. “Because of that, they are more advanced in their engagement. They have done the analysis and shared it with non-Paris Club members like India and China,” Weerasinghe said, adding: “Now, it is up to them.” After the creditors provide financing assurances, it would likely take the IMF Board four to six weeks to approve the package, he said.

In addition to bilateral loans, Sri Lanka has over the years borrowed heavily from private creditors, the country’s largest external credit source, holding nearly $13 billion of its outstanding debt, apart from multilateral agencies.

The focus, however, is on bilateral creditors whose role is key for Sri Lanka to obtain crucial IMF support.

Multilateral loans, taken on low-interest and over a long term, will not be restructured, and the actual negotiation with commercial creditors will commence only after the IMF programme kicks in, according to the Governor.

With Colombo’s decision to default on its $51-billion foreign debt — the Governor maintained it was a “debt standstill” as against a hard default — its subsequent move limiting imports to essentials, the nearly $4 billion Indian assistance and some repurposed funds, Sri Lanka waded through the last few months, despite unsuccessful attempts to obtain bridge financing.

“We can manage without bridge financing now, that is how we have been managing since July,” Weerasinghe said. “With our export proceeds, worker remittances, and some support from the Asian Development Bank and World Bank we can manage,” he added.

While Sri Lankan economists contend that the economy is still on a precarious path, the senior official sought to project a more hopeful picture, pitching earnings from tourism and remittances as “additional benefits”.

Official data showed earnings from tourism crossed over $1 billion from January to October 2022, while workers’ remittances went up to $3 billion during the period.

Commenting how Sri Lanka planned to exit the cycle of debt going forward the CBSL Governor said Sri Lanka was looking at more “concessional, long-term loans” only from multilateral agencies. “And the relief we are expecting from other creditors is a grace period and maturity extensions so that our debt service burden in the next few years will be much lower than if we did not opt for debt restructure,” he said.

Sri Lanka has debt service commitments to the tune of $6 billion a year for the next several years. “So, what we are seeking from our creditors is some relief, so we repay this over the next 20 years rather than in the next four, five years.”

Reflecting on Sri Lanka’s past tendency in borrowings, Weerasinghe deemed the habit of borrowing externally and spending locally, rather than using the funds to boost the country’s capacity, a mistake, noting that such a practice would have equipped Sri Lanka to repay the loans from its own earnings.

Over 2000 arrested for May 9th unrest