Sri Lanka and India will start a passenger ferry service next month between Kankesanthurai port in Jaffna district and Pondicherry, according to media reports.

The minister said the Indian government had extended consent for the service, Daily Mirror reported.

“A large number of Indian citizens are engaged in business activities in the Jaffna Peninsula. With such engagement, the new service is expected to generate a large portion of foreign revenue. It will also be of immense convenience for Buddhist pilgrims to India,” the minister said.

The minister said that passenger transport services will also be started from south India to Trincomalee and Colombo in Sri Lanka.

He pointed out that till now no firm conclusion has been reached about starting the ferry service between Thalaimannar and India.

De Silva added that this step of beginning the ferry service had been taken on the demand of the people of both countries.

According to the minister, during the discussion with ferry owners, they emphasised that the existing facilities at the ports should be upgraded further to continue providing passenger service.

The minister instructed the Ports, Shipping, and Civil Aviation Ministry Secretary to take immediate steps to develop infrastructure related to customs, immigration and emigration, and other facilities at the Sri Lankan ports according to government procurement procedures.

The vessels under the new service will carry 300 to 400 passengers on a trip that will take about three and half hours between destinations, according to ferry owners.

Ferry owners suggested that they would have to charge USD 60 (About LKR 21,000) per passenger for a single journey and that each passenger could carry up to 100 kg of luggage. 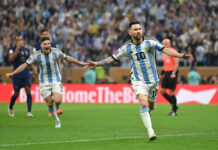