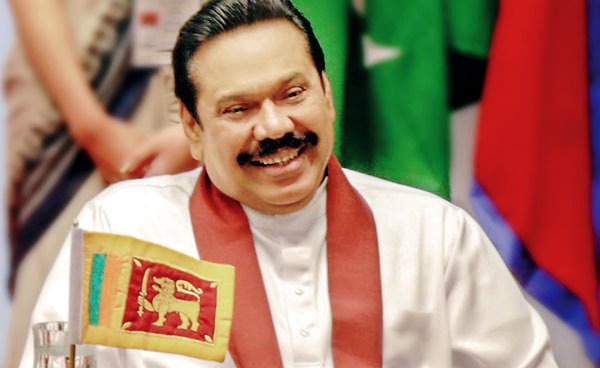 Though all parties represented in Parliament were urged to come forward to resolve the current crisis in the country, no one has come forward. So, as the party in power, the Government will take all possible steps to resolve the crisis, says Prime Minister in a special statement.

“Our responsibility as a government that received a democratic mandate from the people is to make decisions that does not jeopardize the democratic framework. We will always work solely with that purpose in mind”.

Special statement by the Honorable Prime Minister regarding the current situation.

Friends and citizens of Sri Lanka.

I speak to you at a crucial time as we grapple with many challenges that have overcome our people. These challenges are not new to me having overseen the journey our nation has undertaken in my fifty plus years of politics.

Friends, I am sure by now that you are very aware of the deep economic crisis that has befallen our country following the battle we fought, to keep our citizens safe from the Coronavirus pandemic.

Although we ensured the safety of the lives of the people from the pandemic, we were unable to avoid falling into this economic abyss.

Needless to say, with the closure of our international borders and the travel ban within the country, foreign exchange inflows were halted and subsequently, foreign reserves dried up as they were used up for sustenance.

You know the situation has become serious when tankers providing fuel have arrived at the port, but we are unable to clear it for want of foreign exchange.

My mind goes back to when I addressed you following the 2010 presidential election after the culmination of the war.

I promised you a future free of power cuts.

Power plants were built for this purpose in an effort to ensure the fulfillment of those promises. However, because the previous government stalled the development of these projects, we were not been able to fulfill those expectations and upkeep those assurances.

That is the truth.

I understand the fatigue of the people who have been queuing for days in the fuel queues and empathize with the pain of our citizens queuing up for gas. I feel that pain.

We intimately understand the suffering of the people in the face of the skyrocketing price of goods.

Friends, although we have extended an invitation to all parties to come forward in unity to address the current situation, they have not stepped forward. This is not a time to prioritize party affiliations over the resurrection of the country’s economy. With this call being unanswered, we as the party commanding a majority have taken up this responsibility. We will overcome these challenges.

30 years of a terrorist threat and the fear of death that existed among the people of this country was eradicated; not to further endanger the people and to relegate them to a fate of hardship and pain.

We built highways, modern roads and infrastructure – not so that you can stand in queues on those roads.

We built ports, not to suffocate supply chains and halt tankers carrying fuel because we’re unable to pay for it.

When thousands died in neighboring countries due to the Coronavirus, treatment centers equipped with facilities were mobilized. Indigenous medicines such as Koththamalli were dispensed, medicines were given and the whole country was largely vaccinated.

All this was done, not so that our people would be victimized by tear gas and bullets.

Historically, we have spared no sacrifice to protect our people from every challenge. As in times past, we will make every effort to overcome this crisis.

Friends, this government restricted taking loans from international stakeholders and prioritized working with and empowering our people to make Sri Lanka a debt free country.

This government has always strived to protect the independence of the country even from international influences under trying circumstances, to the point that at times, we withdrew opportunities to bring in large scale investments to Sri Lanka when public opinion dictated so.

Friends our responsibility is to uphold the sovereignty of the people. We will never take decisions that will undermine the democracy, the country’s governance structure or its Supremacy.

We work with that purpose in mind. In politics we are accustomed to letting go.

Friends, the chant ‘No 225 in Parliament’ today echoes through the streets. That immediately translates to a rejection of this democratic system. While it may sound good, I urge you to understand its danger from a historical perspective.

We have witnessed the tragedy of the bombing of Parliament and attempts to destroy it. The blood of our youth flowed along the streets as those parties rejected democracy. Thousands of young people were burned alive in tires as that movement took wind. So much so that 1988/1989 proved to be the darkest age in our history as this rebellion claimed over 60,000 young lives.

Your elders will remember the massive effort we put in to saving those young lives then. I want to remind the youth of the North as well as the South about it.

Your parents will attest to the bloody past that shrouded our history.

A movement was birthed in the North of our country during the 1970s and 1980s by the youth who killed elected people’s representatives on the streets as they protested governance, by declaring their refusal for elections and a parliament. The ensuing distress affected not only those in the North but also those in the South of Sri Lanka for over 30 years due to that political movement. Tens of thousands paid with their lives as landmines and bullets claimed Sri Lanka’s children.

People lost their homes and gradually, school children began to take to the streets in protest. The next inevitable step was to forcibly conscript school children into this evil war.

I urge our sons and daughters this evening to consider this carefully and protect our nation from once again slipping into a time as dark as that in our history, through these actions.

Friends, we are embarking on an enormous program to overcome the crisis we face today. Every second spent by the President and this government is used up exhausting avenues to rebuild our country.

This government has historically imbued our farmers with the highest relief packages to aid their industry. However, today the farmers stand against us.

No matter how honorable the notion of organic fertilizer is, it is not the time for it to be implemented. As such, we will be reinstating the fertilizer subsidy to once again equip our farmers to optimize their craft.

The country needs to urgently recover from this debilitating crisis which includes the unbearable cost of living and the requisite shortages.

Even if it is not possible within the next two or three days, we have initiated action to address these crises with the highest urgency.

Friends, every second you protest on the streets, our country loses opportunities to receive potential dollars. The reform that is being sought is currently secondary to the collective responsibility and the urgency that is required to stave off this crisis.

To facilitate this, we have extended an open invitation all those who have the courage to join us in serving our great nation. Remember that the country right now needs the patience of all of us to endure this hardship a little while currently.

Dear Daughter, Dear Son, we know that you all love your homeland passionately. I undertook many miles of protest walks in the past for the sake of the youth who were being oppressed from the violence that was prevalent. However, the infinite grains of sand that I trampled do not begin to compare with the humiliation and insults that my family and I have been levelled with.  We can bear it. We can face it.

My one humble plea is that you do not harass or insult those who serve in the police of the tri forces who have dutifully served our country.

Remember that today you walk the streets without fear of oppression protesting, because those war heroes sacrificed their lives to save this country for you.

Keep in mind that these very same war heroes came back to battle for you during the recent pandemic.

My Sons and Daughters, I see how proudly you wave our national flag during your protests, and it fills my heart with joy. However, do not forget those who laid the foundation for that flag to be freely hoisted anywhere in our homeland.

Today, despite the many challenges, there is one thing is not lacking -our courage, and determination to once again fight this crisis together. We will fight and we will overcome, as we have in times past.

May the blessings of the noble Triple Gem be with you.

Youth murdered following a dispute over a Tik Tok video