A new Circular will be issued to give effect to the process of issuance of permits for mining, transportation and trade of metals, sand, soil, gravel and clay in Sri Lanka.

Sri Lanka President appointed a Presidential Task Force to study the exploitation of Geological resources for development, priorities and self-employment and to meet micro level economic livelihood needs of those engaged in traditional vocations and the sources and methodologies of extraction of such resources.

The Task Force is entrusted with the tasks of introducing a system to issue permits while giving priority to the environmental conservation in order to avoid difficulties faced by the public, private institutions as well as statutory government agencies in the process of excavation, transportation and trade of geological resources.

Cabinet approval has been granted to the “Code of Mining Minerals, Transportation and Trade for the Construction Industry” which contain instructions on new methods prepared by the Presidential Task Force. Accordingly, Secretary to the President P.B. Jayasundera has directed through the new Circular that all the relevant Heads of Institutions should take immediate steps to regulate the mining, transportation and trade of metals, sand, soil, gravel and clay.

The circular stated that the Geological Survey and Mines Bureau (GSMB) should take necessary steps to completely reorganize the programme that has been implemented so far with regard to the issuance of permits as instructed in the chapters of the Code.

The Geological Survey and Mines Bureau should take steps to prevent clients from obtaining clearances from several institutions unnecessarily. The circular also states that steps should be taken to delegate the necessary powers to the District Secretaries, Divisional Secretaries, Grama Niladharis and other officials and to provide them with the necessary legal documents as proposed.

Steps should be taken to issue the relevant clearances or environment related certificates within the time period recommended by the Presidential Task Force. There is a possibility that existing regulations, gazette notifications and circulars could be amended.

Since the necessary approval has been granted by the Cabinet, the heads of relevant statutory bodies should take action to complete amendments, if there are any, without delay.

Prior to the issuance of a mining permit, the Geological Survey and Mines Bureau collects the fees on behalf of all the relevant government agencies and the money should be credited to an income resource under the Ministry of Environment. The circular further states that no fees other than those stipulated by the Manual for Minerals, Transport and Trade used in the construction industry should be imposed or revised without the consent of the Finance Ministry Secretary.

The Presidential Task Force has observed the environmental issues occurring during the extraction of geological resources, the public protests that are taking place over them, as well as the lack of coordination between the agencies in providing solutions to these issues. All institutions should make a concerted effort to implement the recommendations and to properly address the opposition made by the public, and the District and National Monitoring Committees should meet immediately to take necessary decisions.

The Ministry of Environment should implement the necessary programme and monitor implementation in order to obtain maximum support from all statutory bodies for the methods approved by the Cabinet. Secretary to the President P.B. Jayasundera has further informed through the circular to provide him with a comprehensive report if a statutory body fails to provide the necessary support in this regard.

Circular issued by the Secretary to the President P.B. Jayasundera 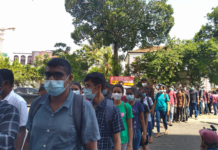 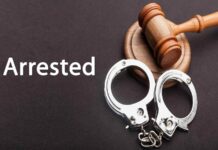 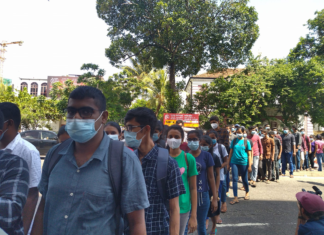 India will be a steadfast and reliable partner of Sri Lanka