National Fuel Pass was successfully tested at 2 locations in Colombo on July 22. The program will be tested in all 25 districts today in selected fuel stations. Power and Energy Minister is hoping to launch the program islandwide once the testing is concluded.

Minister of Power and Energy Kanchana Wijesekera said the Last Digit of Number Plate and Fuel Quotas system both will implement.

Minister of Power and Energy Kanchana Wijesekera says that a Heavy Fuel Oil Cargo and another petrol cargo arrived in Sri Lanka July 21. In a Twitter post, the Minister said that after testing the samples for quality, the unloading of the fuel will be started immediately.

Another ship carrying a stock of 40,000 metric tons of petrol arrived in Sri Lanka July 22. This petrol cargo is brought to Sri Lanka by the private fuel supplier, Lanka IOC Company. 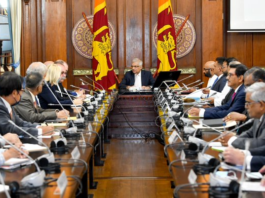