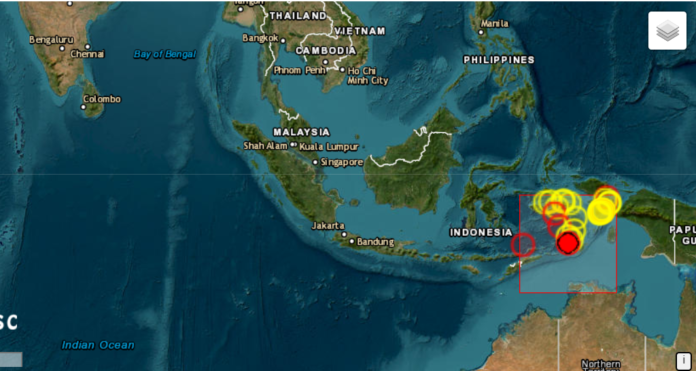 A major earthquake with a magnitude of 7.6 has struck the Banda Sea off the coast of Indonesia and East Timor, with shaking felt as far away as Australia. Tsunami warnings have been issued.

Indonesia has issued a tsunami warning after a 7.9-magnitude earthquake hit the Banda Sea.

The earthquake struck in the early hours of Tuesday morning and shaking from it was felt as far away as Australia.

Seismologists said the quake was centered in the Banda Sea, about 368 km (229 miles) northeast of East Timor.

It struck about 95km below the seabed, Indonesia’s seismological agency BMKG said.

Details about damage or casualties caused by the earthquake are not available yet.

The quake was so strong that people living in Darwin, the capital of Australia’s Northern Territory, said they could feel shaking.