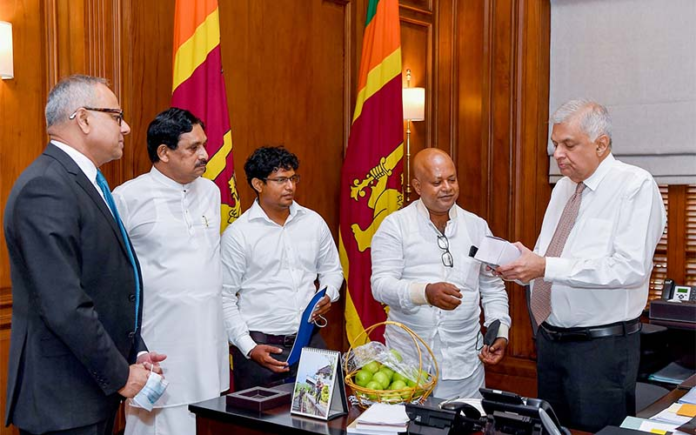 The maiden harvest of a green apple plantation in Sri Lanka was presented to President Ranil Wickremesinghe this morning (20) at the Presidential Secretariat. Farmer M.P. Lakshman Kumara has cultivated green apples on two acres of land in Thambuttegama, Galgamuwa.

The President inquired about his apple farm and said that he intends to visit the farm in the near future.

Mr Laxman Kumara told the president that the apple seeds were imported to Sri Lanka and following proper testing, he had initiated the apple cultivation.

He also told the President that it is possible to produce and provide the seeds needed to popularize this cultivation and that these seeds have been produced in a manner that they can be cultivated in any part of Sri Lanka.

Having accepted the green apples presented to him, the President also made it a point to taste the locally produced green apples.

UK Foreign Secretary James Cleverly is in Germany for talks with...