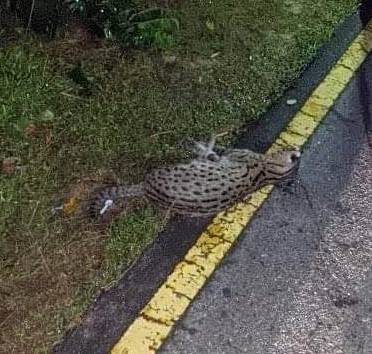 This area, which has the highest biodiversity in Sri Lanka, is covered by several inter-rainforest systems such as the Yagirala Reserve Forest and the Paniwel Mookalana, Nawalakanda Reserve and Meegahathanna Reserve. There is a high diversity of plants and animals in this unique environment and a large number of wild animals native to this country live in this area. But as there is no wildlife office in the area to deal with these wildlife, unfortunately precious wildlife resources are being lost.

These kinds of wildlife are reported in large numbers in this area and if the wildlife office approved for this area by the wildlife department is established soon and work is done to conserve wildlife, it will be possible to prevent such unfortunate deaths in the future.

Environmentalists say that if the Wildlife Department establishes the wildlife office approved for this area soon and works to conserve wildlife, there is a possibility to prevent such unfortunate deaths in the future. Via Peshala Pasan Karunarathne