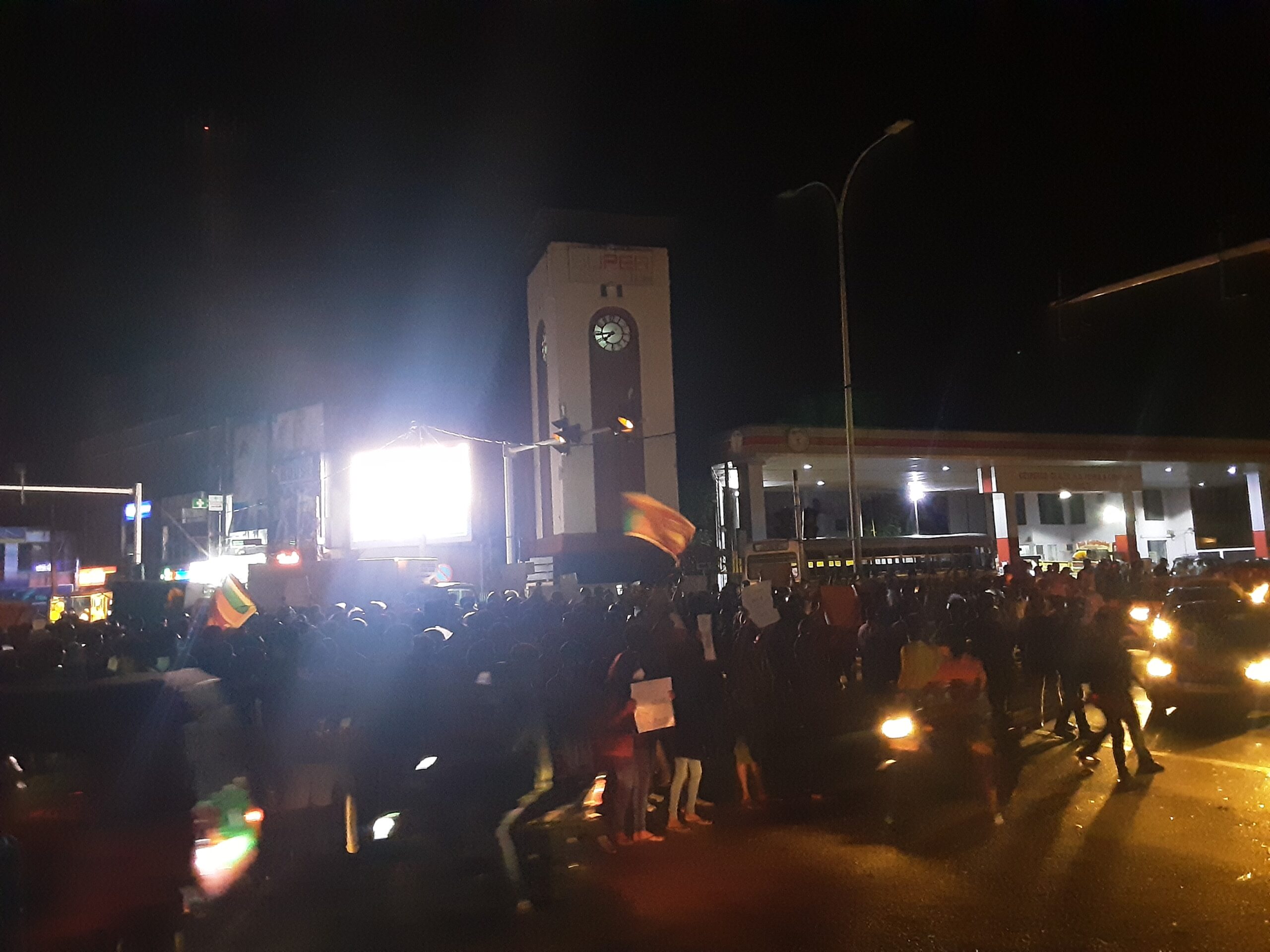 Police urge the public not to engage in violent or violent acts. Everyone has the right to peaceful protest. But those who behave violently during protests have to be arrested. Technical evidence, video evidence and scientific evidence will be used in arresting such individuals.

Several persons who engaged in violent acts during protests, creating fires, breaking and entering etc., have been arrested while several more will be identified through video and CCT footage.