The family members of the world-renowned athlete and long distance runner, late Corporal Ranatunge Karunananda who drew global attention in the 1964 Summer Olympics in Tokyo for completion of men’s 5000 meters and 10,000 meters, showing his determination to the world were taken by surprise when General Shavendra Silva, Chief of Defence Staff and Commander of the Army, having dispatched a team to their house, spoke to them over the phone and enthusiastically inquired into their well-being.

It all happened when a team of Senior Officers, including Director Army Sports, Brigadier Nalin Bandaranayake on instructions of General Shavendra Silva, Chief of Defence Staff and Commander of the Army recently carrying the latter’s compliments visited late Olympics Runner’s family at Nattandiya and inquired into their well-being, asserting that the Army had not forgotten the fame and admiration he brought to the organization and the country alike in the Olympics.

No sooner than the team arrived at Nattandiya home of the legendary athlete, General Shavendra Silva spoke to the son and the daughter of late Corporal Karunananda over the phone and shared his warm sentiments and recollections about their deceased father who brought fame to the country. The Army Chief also inquired into the health of their mother and inquired into any sort of assistance they require for their well-being and future prospects. The Army team met those family members and awarded some gifts on behalf of the Commander of the Army.

Late Corporal Karunananda’s Olympic story has been entered into Japanese school textbooks, titled ‘Uniform Number 67’, ‘Bottom Ranked Hero’ and is regarded as an unsung legend who remarked in Japan that “The Olympic spirit is not to win, but to take part. So I came here. I took part in the 10,000 metres and completed my rounds. “As he completed the second lap the Japanese spectators began cheering and by the time he completed the race it was historical. The whole stadium or the 60,000 spectators offered him a standing ovation with a thundering applause for the feat as Japan embraced his effort and within a matter of hours, Karunananda was a hero for them.

He was the cynosure of pressmen more than the 10,000 m gold medal winner, Mills who later said that Karunananda was the true winner of the race Late Corporal Karunananda earned the tag of being ‘the most spirited loser’ in the world of athletics for what he accomplished at the Tokyo Olympics in 1964, although he finished last, but won the hearts of millions of Japanese viewers as the only athlete of a 1964 Sri Lankan Olympic contingent which featured shooters Ravi Jayawardene
and M.R. Perera, boxers Malcolm Bulner and Winston Van Kleinberg, and wrestler Ernest Fernando.

On October 14, 1964, 29 athletes from 17 nations entered the 10,000m event where Karunaratne was also a runner at the Tokyo Olympics amidst roars of cheers and applause from an estimated crowd of 60,000 spectators. In the 10,000 meter race, Karunananda was soon overtaken by all leading athletes and was lapped four times when the winner, Billy Mills of the United States, broke the tape to finish the race. But Karunananda continued to run alone even after accompanying others had finished the race. Spectators at first started to jeer at him but when he came around a second time, there was silence. Finally, he finished the full race after completion of the entire track.

Corporal Karunanda however had an accidental death after drowning in Namal Oya just a few days before he and his family were to fly to Japan on invitation in 1975. 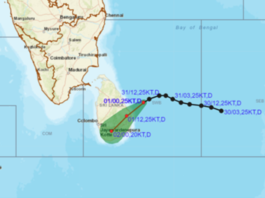 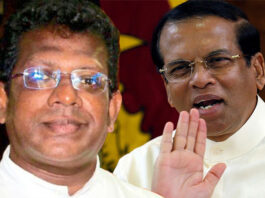 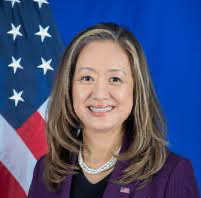