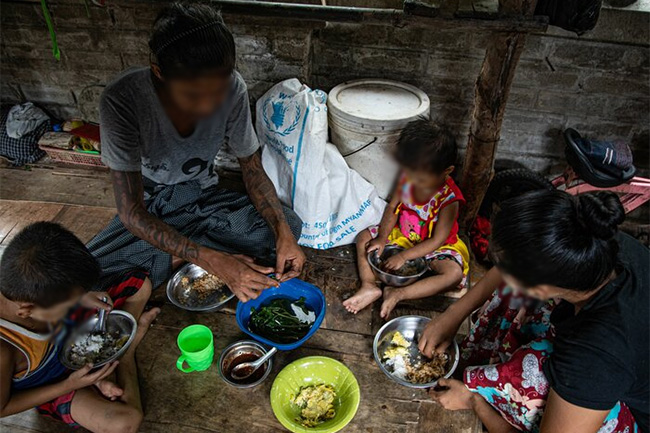 Nearly three in ten households consume insufficient levels of food, a report by the Office for the Coordination of Humanitarian Affairs (OCHA) Regional Office for Asia and the Pacific (ROAP) has revealed.

Sri Lanka continues to face a multidimensional crisis compounded by food insecurity, threatened livelihoods, shortages of vital and essential medicines, as well as rising protection concerns, the report highlighted, noting that the ongoing crisis is one of the worst since Sri Lanka’s independence in 1948.

Recording a food inflation of 85.6%, Sri Lanka has the sixth highest food price inflation in the world, according to the World Bank.

Meanwhile, reductions of 40% and 50% in harvests were observed during the Maha and Yala seasons of 2022, respectively, further exacerbating the situation.

Several Assessments on the food security and nutritional situation are either ongoing or planned, based on which informed decisions can be made on the future requirements for humanitarian aid, the OCHA ROAP report stated, assuring that data from the recently completed micronutrient survey undertaken by the Medical Research Institute (MRI), supported by WFP and UNICEF, is currently being analyzed.

Weather Forecast for February 22 – Rains at a few...