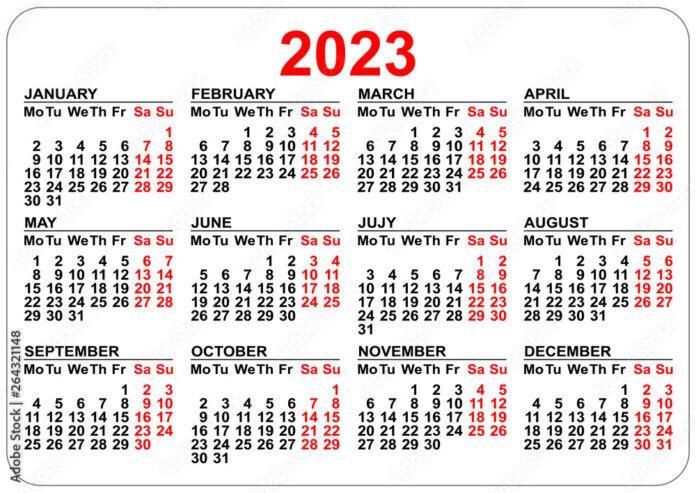 The year 2023 is going to be a year of long weekends, as most of the public and mercantile holidays have fallen on Fridays and Mondays.

There will be nine long weekends in the year starting from the month of January where Duruthu Poya falls on Friday, January 6, and Good Friday on April 7.

The following week will be a four-day weekend as the Sinhala New year has fallen on Thursday and Friday. May Day will fall on a Monday, while Vesak Poya holidays will follow on Friday May 5.

There will be a four-day weekend on September 28 and 29 with Prophet Mohammed’s birthday and Binara Full Moon Poya will fall on these dates.

Another four-day weekend will fall in December as Christmas will be on Monday, December 25 and Uduwap Poya on Tuesday December 26.