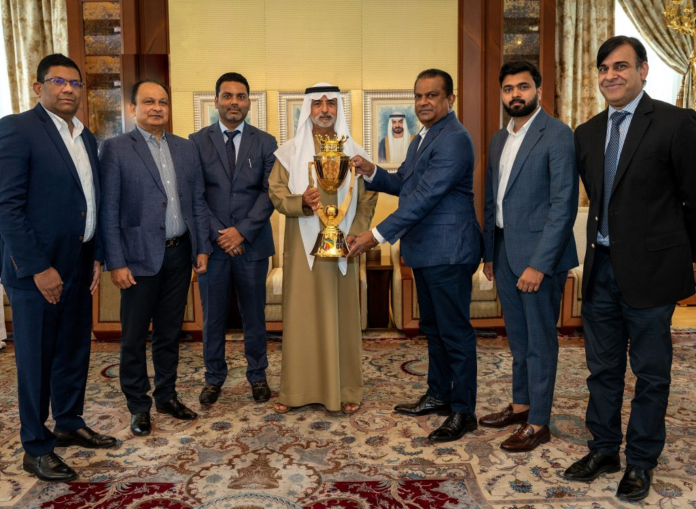 The Asia Cup 2022 trophy was unveiled in Abu Dhabi by His Highness, Sheikh Nahayan Mabarak Al Nahayan, Minister of Tolerance and Coexistence and Chairman Emirates Cricket Board.