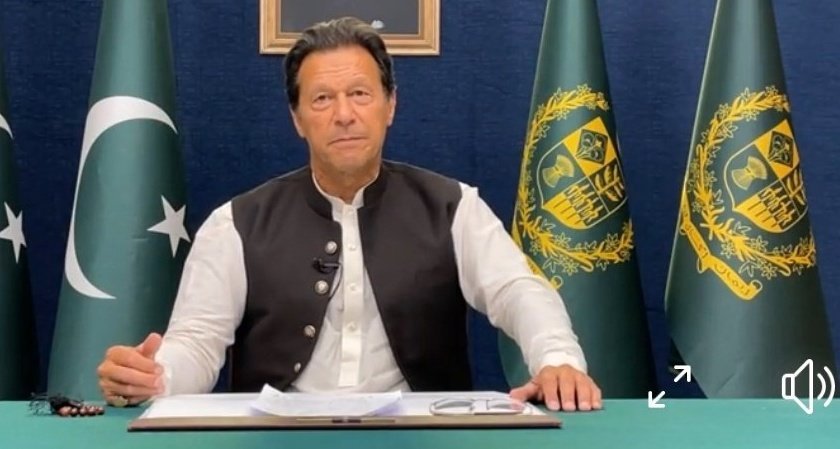 Imran Khan fails No Confidence Motion vote in Pakistan National Assembly. No-Confidence Vote: Imran Khan Becomes First Pakistan PM To Be Voted Out. Shehbaz Sharif is likely to be the next PM of Pakistan.

The voting on the no-confidence motion against Prime Ministe ..

Pakistan’s parliament convened on Saturday to vote on Imran Khan’s future as the nation’s prime minister, after this week’s Pak Supreme Court ruling – that the rejection of the vote against Khan by deputy speaker Qasim Suri was unconstitutional. The ruling was seen as dealing a massive blow to Khan’s hopes of retaining power in Pakistan and his plans of calling for fresh elections. The Pak assembly convened at 10.30 am (local time) with the vote listed as the fourth item on the agenda. In initial exchanges between Khan’s ruling Pakistan Tehreek-e-Insaf and the opposition, including Shabhaz Sharif and Shah Mahmood Qureshi, saw speaker Asad Qaiser urged to uphold the Supreme Court’s order and carry out the no-confidence vote in accordance with parliamentary laws. Earlier Qaiser had declared there should instead be a discussion on the ‘international conspiracy’ issue.

The assembly was adjourned till 12:30 pm local time (1 pm IST) but failed to restart on time, raising questions over whether the no-trust vote will be carried out in line with the top court’s order. The Assembly session has finally convened and the proceedings are underway.

On Friday, after the Supreme Court’s ruling, Imran Khan addressed the nation and declared himself disappointed with the judicial outcome. He also continued his recent praising of India and called it a nation of ‘khuddar qaum’, or self-respecting people, and said no superpower – an allusion to the United States that some claim is behind the political turmoil in Pak – could dictate terms to it.

On Thursday the Supreme Court restored the national assembly – days after it was dissolved by president Arif Alvi, ostensibly to scupper the vote against Khan and help him hold snap polls. However, massive criticism followed this move, with opposition leaders calling it ‘unconstitutional’ and the nation’s top court intervening.

Pakistan’s Prime Minister Imran Khan has warned that if he is ousted from power, he will not recognise an opposition government.

He was speaking ahead of a no-confidence vote in parliament on Saturday, which he is expected to lose.

Mr Khan said he accepted the Supreme Court decision that he must face the vote, but repeated claims the US is leading a conspiracy to remove him. He did not provide evidence.

There were angry scenes between supporters and opponents of the prime minister as parliament met to debate the motion on Saturday.